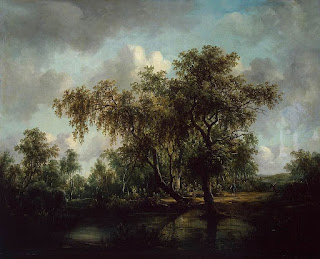 "Children with sickle cell disease may have increased risk for certain neurodevelopmental diagnoses based on their disease characteristics and associated comorbidities."

Sickle cell disease covers quite a bit of diagnostic ground, describing how haemoglobin - the stuff that transports oxygen from the lungs to the rest of the body - shows specific morphological changes that impact on the shape of red blood cells and onwards their ability to transport oxygen to various tissues. Described as life-long conditions, some of the main symptoms include pain crises and anaemia. They can also increase vulnerability to certain infections too as a result of the effect on the spleen. Risk of cerebral infarction (a type of stroke) is also a known potential issue [2] associated with sickle cell disease.

Of particular interest to me was the observation that a reported history of asthma comorbid to sickle cell disease seemed to increase the risk of "behavioral issues" compared with those where no history of asthma was present. This association held true even when the type of sickle cell disease was taken into account and adjustment for other factors such as gender. Quite a few times on this blog I've talked about peer-reviewed data that seems to suggest that a childhood diagnosis of asthma might be linked to an elevated risk of certain behaviours and developmental diagnoses including ADHD (see here and see here) and perhaps to a lesser extent [some] autism (see here and see here). The precise hows and whys of any connection are still up for debate (I'd hazard a guess and say that there are likely to be multiple factors at work) but the evidence is getting stronger for a connection all the time.

I'm not necessarily implying that behavioural issues / diagnoses when present alongside sickle cell disease are all due to comorbidity such as asthma. Other science in this area has for example, detailed associations between the presence of sickle cell disease and poorer cognitive functioning [3] as well as attentional issues being present and partially moderated by that heightened risk of stroke [4]. I might even throw in some very preliminary science suggesting that certain types of stroke have also been linked to the presentation of certain types of autism (see here) too.

But I do think it is interesting that once again asthma turns up with a potential behaviour link...