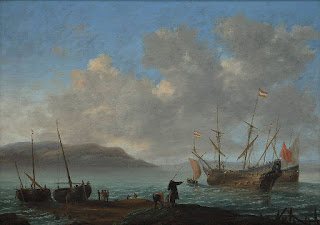 'Correlation is not the same as causation' is an important theme in science, demonstrating how one always needs to be a little guarded about making too much of research linking one variable with another from a purely observational point of view.

I similarly apply such a principle to the findings reported by Rolf Jorde and colleagues [1] and the suggestion of "an association between serum 25(OH)D and cognition". Serum 25(OH)D levels by the way, refers to the measurement of calcifediol in serum, the biological precursor to the active form of vitamin D - the so-called sunshine vitamin/hormone.

Jorde et al report findings based on the the Tromsø Study [2], a population-wide initiative initiated in the early 1970s in Tromsø attempting to "help combat the high mortality of cardiovascular diseases in Norway." With a participant group in the thousands, the Tromsø Study has already provided a wealth of scientific information (see here) well beyond its original intentions (see here) and with vitamin D very much in mind (see here).

On this occasion, researchers looked at vitamin D levels and cognitive functions as measured by various psychometric schedules including the Mini–Mental State Examination (MMSE). Some 4500 participants were initially screened and tested for vitamin D levels and cognitive functions in a cross-sectional manner. Further: "in a prospective study serum 25(OH)D was measured in samples from 1994 and compared to cognitive function tested in 3436 subjects in 2001 and 2044 subjects in 2007." Just for good measure, researchers also looked for the presence of genetic polymorphisms in the vitamin D receptor (VDR) gene.

The results pointed towards to some rather interesting trends perhaps requiring greater scientific scrutiny. "In the cross-sectional study all tests were positively associated with serum 25(OH)D levels with ~5% better performance in subjects in the highest versus lowest serum 25(OH)D quartile." In other words bearing in mind that correlation ≠ causation, vitamin D levels 'might' play some role in cognitive ability specifically "in subjects older than 65 years." In the prospective portion of the study: "serum 25(OH)D from 1994 similarly predicted cognitive function 7-13 years later." Such observations have led to calls for "randomized controlled trials... to establish causality."

Still, these results are interesting and alongside other research from Jorde et al [7] suggest that the extra-skeletal input/effects of vitamin D are deserving of quite a bit more study and appreciation...