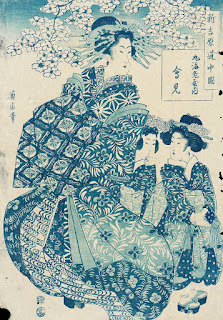 An entry on ScienceDaily titled: 'Turning fake pills into real treatments' caught my eye recently and with it a link to one of the most famous placebo experiments by Ted Kaptchuk and colleagues [1] (open-access here).

In the 2010 paper, Kaptchuk et al reported that even when told a placebo - a substance that has no therapeutic effect - is a placebo, when compared to a no-treatment option, participants diagnosed with irritable bowel syndrome as a group reported greater improvements in their symptoms. As per the authors' comments: "results challenge “the conventional wisdom” that placebo effects require “intentional ignorance.”"

I don't mind telling you that I find this area of science to be absolutely fascinating. The placebo effect classically delivered with deception (also ideally including various information: a pill branded by a well-known pharmaceutical company, perceived as an expensive treatment accompanied by positive information from someone perceived to be a doctor and wearing a white coat) is intriguing enough but potentially even showing effects even when known to be a placebo?

Granted the non-deceptive placebo response is probably not going to be generalisable across all patient groups and all conditions as per other work including Kaptchuk on the authorship list [2]. But this line of research does perhaps require quite a bit more systematic evaluation as to who might be 'best responders' and whether science can identify such people via investigations of the 'placebome' for example [3]. With the rise and rise of the science of epigenetics, one also wonders whether there may be something complementary to see there too minus any hype.

Given the reliance on placebo near the top of the hierarchy of science - the placebo-controlled study - one might also reasonably ask the question as to what extent our growing knowledge of the placebo response might be affecting the quality of some of our science and what we can do about it. I'll draw your attention to a paper I have discussed before on this blog by Samokhvalov and colleagues [3] and their suggestion that: "naltrexone, upon further investigation, might be used in randomised clinical trials in addition to or as an alternative to a placebo." I'm a follower of naltrexone research on this blog (see here). Added to the possible ways and means that trial design might be adapted as per the suggestion from Sylvain Chassang and colleagues [4] and the concept of 'high' and 'low' probability of treatment being added into the statistical mix, and the Kaptchuk findings prove their worth not just when it comes to the potential effects of placebo...

Music: The Doors - Riders On the Storm.