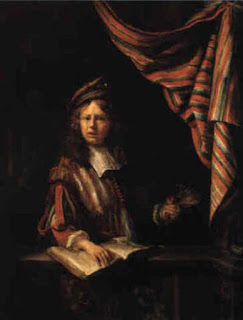 I should perhaps begin this slightly longer than usual post by reiterating my well-trodden caveat on this blog about not giving anything that looks, sounds or smells like medical or clinical advice during my musings. This is a blog [mainly] about peer-reviewed science, nothing more. Added to that, I'm not your Dr Ross and you are not my patient.

So... I've been seeing quite a bit about Gc-MAF (Gc Macrophage Activating Factor) in the news recently. The various headlines about autism and Gc-MAF (see here and see here) have made up the bulk of media coverage but other reports of scientific retractions (see here) have similarly filled some column inches in recent times.

Whilst treading carefully in this area, Gc-MAF has cropped up on this blog a few times based on some of the peer-reviewed literature with autism in mind (see here and see here for further information including what Gc-MAF is). Even Drs Hornig & Lipkin have mentioned Gc-MAF and its precursors in other non peer-reviewed literature (see here). Indeed, given the straddling of autism research and studies on Chronic Fatigue Syndrome (CFS) by Drs Hornig and Lipkin, it is timely that I discuss the paper from Toshio Inui and colleagues [1] (open-access available here) detailing a few case studies suggesting that: "oral colostrum MAF can be used for serious infection and chronic fatigue syndrome (CFS) without adverse effects."

OK. First things first. Oral colostrum MAF is, we are told, a "new form of macrophage-activating factor (MAF) made from colostrum in collaboration with the Tokushima University." Macrophages are known as the 'big eaters' of the immune system getting rid of various molecular debris including viruses, bacteria and the odd 'worn out cell'. The Star Wars version (yes, you heard/read me right) of the role of macrophages can be read in this article [2] by Debra Laskin. Gc-MAF as the name implies is an 'activating factor' for macrophages, also seemingly affected by something called nagalase.

Given the immune system / macrophage slant to colostrum MAF, the authors moved into the area of CFS and the idea that: "infections and immune dysfunction are thought to play a critical role in the development of the disease." I'll chip in here and reiterate that science does seem to be moving closer to the idea that CFS (and myalgic encephalomyelitis, ME) has origins in organic disease albeit still a little undecided as to what factors are involved. On that basis, two of the three case reports detailed in the Inui paper are on adults with CFS and their experiences of colostrum MAF.

Focusing on those two case reports - both females - they were reported to show some pretty interesting effects concurrent to the use of colostrum MAF. Statements like "reduced malaise" and "being able to do her usual work with more energy like most other people do" are included in the text, even accompanied by "improvements in hair growth on her head." The authors attempt to link such changes to increased phagocytosis. They suggest further work is needed to "elucidate the mechanisms by which MAF has beneficial effects."

These are interesting results but I'm afraid that I need a little more convincing on safety and efficacy yet. Case reports, as I've mentioned in the context of autism (a heterogeneous condition), can provide some really informative data about a specific person diagnosed with a particular condition as a starting point for further investigations more generalised to more people in those specific circumstances. That same logic applies to the Inui findings and the need for further controlled studies on the potential effects of colostrum MAF including specific measures of fatigue and other symptom changes as a result of any intervention(s). This also includes the need for a little more information about the biology behind any reported changes and longer-term, what any effects might be bearing in mind where it comes from. Without casting aspersions, one needs to remember how powerful even a placebo can be (see here).

Insofar as the comments about hair regrowth in relation to CFS, whilst I have heard that hair loss is not uncommon (see here) I can't yet find anything in the peer-reviewed domain specifically about this phenomenon. This doesn't mean that co-occurring issues alongside a diagnosis of CFS might not involve such a symptom but as far as I am aware, it is not a primary part of the [current] diagnostic criteria. In order to avoid any mis-interpretations about colostrum MAF being the next hair growth agent of choice, in future studies I would like to see a little more 'controlled' scientific engagement over such processes.

It is as easy to get carried away with the Inui results as it is to pooh-pooh the findings, particularly in light of all that media coverage of Gc-MAF recently. Throughout the whole history of this compound and now colostrum MAF, there has been a tendency to make some pretty big claims often at the expense of really methodologically sound objective science. Given however the ways and means that a condition like CFS can impact on a person - disable a person - I would suggest that this might be an occasion where sound independent research can come take a lead and put some scientific flesh on the bones on any effect or not.