Cochrane does chelation for autism 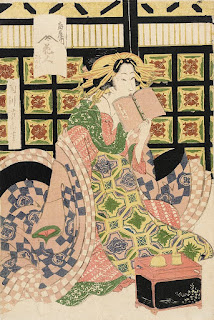 Cochrane, in the title of this post, refers to the Cochrane Collaboration and the sterling work done throughout health care synthesising peer-reviewed evidence pertinent to the goal of evidence-based medicine.

The collaboration has recently turned its eye towards the topic of chelation with autism in mind, a topic that has been discussed previously on this blog (see here). Their conclusions based on the findings reported by Stephen James and colleagues [1] (open-access here), looking at the available evidence up to November 2014 are not entirely unexpected: "no clinical trial evidence was found to suggest that pharmaceutical chelation is an effective intervention for ASD [autism spectrum disorder]." Further: "Given prior reports of serious adverse events, such as hypocalcaemia, renal impairment and reported death, the risks of using chelation for ASD currently outweigh proven benefits." A further summary of the findings can be found here.

Based on a search of the peer-reviewed literature on chelation and autism, only one study fulfilled the appropriate criteria (i.e. being randomised), that of Jim Adams and colleagues [2] (open-access here). Actually the Adams study brought about two papers (the second is here [3]) covering both medical and behavioural results following oral DMSA (dimercaptosuccinic acid) therapy in cases of autism. The Adams study reported: "Overall, DMSA therapy seems to be reasonably safe, effective in removing several toxic metals (especially lead), dramatically effective in normalizing RBC [Red Blood Cell] glutathione, and effective in normalizing platelet counts." Further: "Overall, both one and seven rounds of DMSA therapy seems to be reasonably safe in children with ASD who have high urinary excretion of toxic metals, and possibly helpful in reducing some of the symptoms of autism in those children."

The Cochrane review however did not share the optimism. "One trial, which had methodological issues and a relatively small sample size, is insufficient to provide robust evidence on chelation for ASD." James et al also suggested that the Adams study was judged to have "have high or uncertain risk of bias and methodological problems that limited the interpretation of outcomes presented." Even worse: "Given the deleterious effects of chelation, misinterpretation and misuse of the study of Adams et al to justify the use of chelation for ASD is unethical and potentially places children unnecessarily in harm’s way." Ouch.

"At the present time, the theory that heavy metals may cause autism or might worsen symptoms has not been established." I'd agree with this sentiment from James et al but with the proviso that there is ample peer-reviewed evidence to suggest that for at least some on the autism spectrum, the burden of heavy metals does seem to be increased (see here for example). The idea that something like lead (Pb) - a known toxicant adversely affecting child development - might be elevated in [some] cases of autism is of particular importance.

The associated comment by Adams et al on what happened to glutathione levels following DMSA use is something that I'd like to see more science resources put into. Not for one moment do I endorse the use of DMSA without appropriate medical oversight, but knowing what we know about glutathione and autism (see here) and the 'elephant in the room' sentiments, I'd be minded to suggest that there may be quite a bit more to see here particularly in light of the findings from Monin and colleagues [4] talking about glutathione deficits and "myelin maturation".

Music: The Beach Boys - Wouldn't It Be Nice. Well, yes rather.