Sick leave and income levels for parents of children with autism 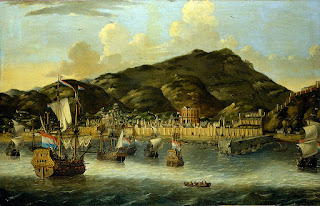 "Parents of children with ASD [autism spectrum disorder] living in Stockholm, Sweden in 2006 were more likely to be on sick leave, not in the labor force, or earning low income when compared to parents who did not have a child with ASD and these results remained after adjusting for familial socioeconomic factors and parental psychiatric care."

That was the rather grim conclusion reached by Miranda McEvilly and colleagues [1] (open-access) following their analysis of families taking part in the Stockholm Youth Cohort (SYC) initiative [2] - "a record-linkage study comprising all individuals aged 0–17 years, ever resident in Stockholm County in 2001–2007 (N = 589,114)." From the huge number of participants, researchers identified 2,982 mothers/fathers with a child diagnosed on the autism spectrum: "1,207 had ASD with ID [intellectual disability] (or more than one child with ASD where at least one of the children had ASD with ID) and 1,685 had ASD without ID."

"Four outcomes, two for sick leave and two for work participation, were obtained using data from LISA in 2006." LISA by the way, refers to "the longitudinal integration database for health insurance and labor market studies (LISA)" based in Sweden and carries quite a bit of information about employment and related parameters. Participant data were analysed according to the presence of offspring autism and whether or not said autism was accompanied by ID or not. Various potential confounding variables were also added into the statistical mix as per the headline sentence above.

Results: well, we already know that parents with a child (or children) with autism were quite a bit more likely to be taking sick leave or not to be in work or to be on a low income compared to those without. This trend was particularly notable in mothers of children with autism. Researchers also reported that when comparing families with a child with autism and ID with those with a child with autism but no ID, several differences were also apparent. So: "Increased sick leave (15–365 days) is associated with parents of children with ASD without ID but not ASD with ID" (again, with mothers faring worse than fathers).

"Parents who have a child with ASD are more likely to experience stress, depression, and fatigue. Therefore it is not surprising that these parents take sick leave more frequently or participate less in the work force." As per this excerpt, the authors frame their findings within the perspective that parenting a child diagnosed with an ASD can carry its own particular stresses and strains outside of those more generally associated with parenting. I've covered this topic before on this blog and how, without blaming or stigmatising, there is a growing recognition of the need for additional support services for those parents (see here). The fact that Sweden has specific policies "aimed at helping families of children with ASD, both with well-being and with ability to work" also seemed not to be as effective as perhaps initially thought as "these parents remain a vulnerable group for which additional support might be warranted."

This is valuable data that adds to previous discussions about how the presence of familial autism can [variably] impact well beyond individuals and contribute to some of the societal inequalities that have been noted. One might quibble with some of the study mechanics such as the inclusion of "parents with children with other disabilities" in the comparison group or the lack of emphasis on other autism-associated comorbidities (in these days of ESSENCE) outside of ID and how they may impact on parental employment and earnings, but this is perhaps research fodder for a different time.

"It can also be noted that being on sick leave, outside of the work force or earning a low income will have long reaching impact on these parents because of Sweden’s pension system which is based on an individual’s life time earnings." This is another potential outcome that the authors focus in on as a consequence of their findings. One might put forward the viewpoint that where noted both inside and outside of Sweden, further preferential economic policies could be put in place as and when a child is diagnosed to secure both their future and that of their parents too. Also: "It is recommended that further studies be done to see what support mothers and fathers would find most beneficial and what support they are lacking." I cannot disagree with that last sentiment.