A viral 'cause' of obesity? 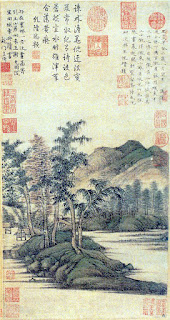 I must thank Leah Hardy (@LeahFHardy) for bringing to my attention the paper by Qinglong Shang and colleagues [1] (open-access available here) reporting that: "Ad36 [Human adenovirus 36] infection is associated with an increased risk of obesity development."

Based on a meta-analysis of the available research literature examining whether Ad-36 - "a nonenveloped icosahedral virus comprised of double-stranded DNA and is one of 56 serotypes in 7 subgroups of human adenoviruses" - might be linked to obesity, researchers concluded that the weight of evidence from 11 studies did favour "an association between Ad36 infection and a significantly increased risk of obesity development, especially in children." Such findings can be added to other meta-analyses [2] that have also previously suggested that there may be more to see in this 'infectobesity' area [3].

I have to say that I was quite unaware of the links being made between Ad-36 and obesity prior to reading the Shang paper. I've previously tackled the idea that the obesity might have some important microbiological links (see here) before on this blog but never considered the possibility of a viral infection as showing involvement until now. Obviously one has to be a little guarded against making any sweeping statements that for example, Ad-36 is the primary cause of all obesity, because in all likelihood the issue is likely to be rather more complex than that. Appreciating that the old 'energy in, energy out' hypothesis is itself likely to be an over-simplification of why we are faced with growing rates of overweight and obesity, I'm sure that Ad-36 probably fits into a rather large jigsaw puzzle - somewhere. The requirement for a greater understanding of the hows and whys of any viral - obesity link is also strong alongside the idea that even if proved, any viral link should not absolve responsibility for eating and exercising right as part of maintaining a healthy weight.

Research such as that from Berger and colleagues [4] suggesting that "Ad36(+) may be associated with biomarkers implicated in inflammation but not with greater levels of fat mass" offers some cautionary data on why there may be quite a bit more research needed looking at Ad-36 and obesity. If one considers that inflammation seems to be part and parcel of obesity, the whole thing starts to get quite a bit more complicated.

Still, if science does start to get closer to the idea that Ad-36 (or other agents) might indeed heightened the risk of obesity and perhaps even suggest 'transferability' from person-to-person, this may open up new ways of tackling this issue [5] even with the prospect of immunising against infection-induced weight gain [6].

[2] Yamada T. et al. Association of Adenovirus 36 Infection with Obesity and Metabolic Markers in Humans: A Meta-Analysis of Observational Studies. PLoS One. 2012; 7(7): e42031.