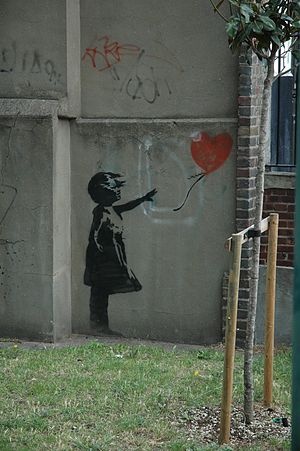 This is another one of my long posts, so please, bear with me.

The topic of violence is always an emotional one. I know that even to mention the word 'violence' in the context of any label/diagnosis/condition/group carries the risk of making some people believe that there is some sort of generalisable connection. No smoke without fire eh? And one only needs to look at another label to see how a link with violence and by inference, 'dangerousness' has left a deep and long-lasting mark (see here) that continues today. So we're stuck between a rock and hard place: to talk about something and the risks attached in doing so, or just leave it, let people make their own judgements...

I've discussed quite a few uncomfortable topics on this blog down the years in light of various peer-reviewed research publications. I'm not one for shying away from calm and proportionate discussion where science - peer-reviewed science - has some vitally important input. In that context, I continue my discussions on the topic of violence and autism (see here). By doing so, I'm not making any sweeping generalisations. I'm not making any wild claims. I don't offer any brilliant insights into this topic. I'm just following the science and keeping emotions as far away from such cold, objective science as possible.

But there is a message before I continue. A message to those who might, in light of various media headlines, make some snap judgements about some of the people in your community. The message is simple: violence, in all it's forms, is not inherent to any one group. No-one is violent because of generalisations about who they are, whether on the basis of age, race, socio-economic circumstances or anything else. There are typically reasons for violence, and in many cases they're complicated. By saying all that, I'm not trying to talk down the very real effects that violence can have on individuals, families and society in general and the strong need for justice and more importantly, prevention. Just that seemingly apparent correlations and simple answers rarely provide an accurate insight into the particular hows-and-whys of violence and violent acts...

Del Pozzo et al set about providing a "comprehensive review of the literature" on autism and violence. Following their surveying of the current peer-reviewed research literature in this area, the authors concluded that whilst a diagnosis of autism is by no means protective of someone committing a violent act, there is generally more peer-reviewed scientific support for the idea that "ASD does not cause violence" over and above the sometimes negative media portrayals of the label in this context (see here). A welcome conclusion it has to be said, and one that needs to be circulated widely; but again, minus any sweeping generalisations and bearing in mind that science is all about probability not absolutes.

There are caveats to the statement that 'ASD does not cause violence' insofar as the multiple observations that autism typically does not exist in a diagnostic or social vacuum (see here), and how various factors (environment, psychiatric comorbidity, criminality) can potentially elevate the risk of violence for some people. All of this is not about passing the diagnostic buck (see here) as some people quite unceremoniously have decided to do, but needs to be mentioned; particularly in light of these days where 'autism plus' [2] is more typically the norm (see here) over and above the label of autism existing as some sort of stand-alone diagnosis. The pertinent question therefore may not necessarily be one of 'does autism cause violence?' but rather what role autism may or may not play [3] when it comes to violence, taking into account an often very complicated, very individual clinical picture. I say this also acknowledging that a diagnosis of autism is not some 'magical status' automatically reserved only for 'good people' (see here); just as any other behavioural/psychiatric label does not similarly distinguish between 'good' and 'bad' people.

As per the title of this post utilising a quote from Del Pozzo and colleagues - "A greater understanding of ASD-related violence risk is needed to combat stigma" - there is a pressing need to further understand how and why violence can/does occur for some alongside the label of autism or rather autism plus. Whether as part of the often nebulous term that is 'challenging behaviours' (see here) or in other related contexts (importantly also including that self-aggression angle), trying to answer such how/why questions can only be of benefit to all concerned. Indeed, alongside another quite sweeping generalisation made by Del Pozzo et al that: "Violence results from undetected or untreated third variables (e.g. psychosis)" and "Individuals with ASD have an elevated risk of psychosis", various lessons continue to be learned [4] (see here also) albeit stressing how complicated any relationship is likely to be [5]. As I mentioned before, easy answers are not likely to forthcoming.

Finally, I want end by again introducing the concept of 'vulnerability' in the context of autism into proceedings. I'm not specifically talking about vulnerability to various comorbidity that 'probably' influence the presentation of violence in the context of autism, but rather vulnerability in more general terms (see here). The writings of Tom Berney [6] provide some particularly insightful details on such vulnerability in relation to violent and other offending acts within the context of some autism or rather some 'autism plus'. Such vulnerability issues stress how, minus hype or sensationalism or indeed any calls for censorship in this most delicate area, investigations need to continue and sensitively continue without stigmatising and without further disadvantaging an already quite disadvantaged community...