FITNET-NHS (Fatigue In Teenagers on the interNET in the NHS) - a trial protocol and some questions... 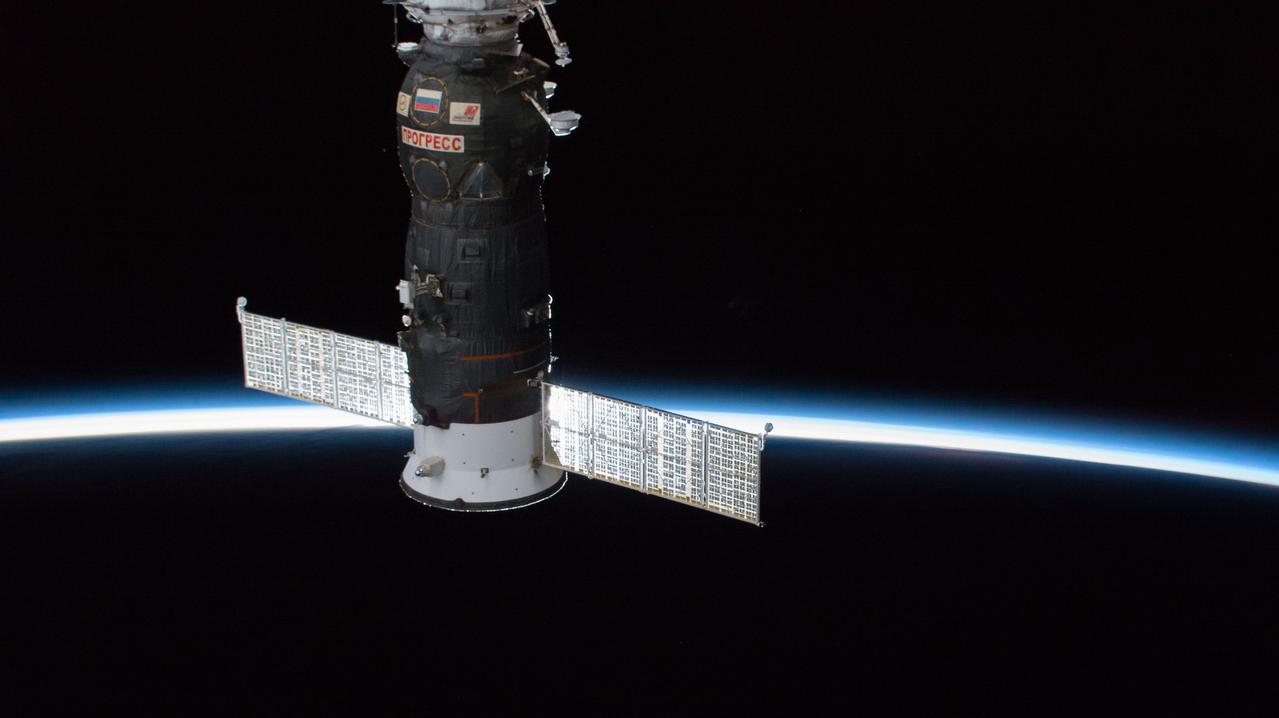 FITNET-NHS (Fatigue In Teenagers on the interNET in the NHS) is an initiative discussed in a recent study protocol paper published by Sarah Baos and colleagues [1]. It continues a research interest based on previous published results from a trial undertaken in the Netherlands by Sanne Nijhof and colleagues [2] looking at a possible intervention option for adolescents with chronic fatigue syndrome (CFS) (also referred to as myalgic encephalomyelitis, ME by some).

Said intervention option - Fatigue In Teenagers on the interNET (FITNET) - is "a web-based cognitive-behavioural treatment accessible to patients and both parents, based on the existing face-to-face CBT [cognitive behaviour therapy] protocol for adolescents developed by the ECCF [Expert Centre for Chronic Fatigue (Radboud University Nijmegen Medical Centre, ECCF)]." The previous Nijhof findings concluded that: "FITNET offers a readily accessible and highly effective treatment for adolescents with chronic fatigue syndrome" on the basis of previous (registered) trial results.

The recent Baos paper detailing 'what researchers are going to do' is looking to build on the previous Nijhof findings to determine whether "it is effective in the National Health Service (NHS) or if it is cost-effective." Alongside the descriptions offered by Baos et al, trial authors have also prospectively registered their intention to undertake this study (see here).

I don't want to recite all the study details described by Baos et al (the paper is open-access) but I do think a few points are worth noting and a few questions perhaps need to be asked. I say this on the basis that mention of the letters/words CBT in the context of CFS/ME has some 'history' (see here and see here for a part of that history). Also, at the time of writing this post, some of the premises for implementing the FITNET-NHS trial are also subject to 're-inspection' (see here) in light of fairly recent changes to official CFS/ME management guidance in countries outside of the UK (see here)...

Anyhow, point 1: "This is an RCT comparing FITNET-NHS with Activity Management for paediatric CFS/ME." RCT means randomised-controlled trial and means participants (planned 700+ aged 11-17 years old) will be randomly placed in either the treatment arm of the study or the 'activity management' control group. Actually, the authors mention another important detail in respect of the study progression: "An internal pilot study will be conducted with continuation of the trial based on achieving defined criteria." What this means is that certain criteria need to be met before the trial progresses, following a sort of pseudo-adaptive design. The stop criteria we are told are: "(1) the recruitment rate is substantially below target during the last 6 months of the internal pilot study and if the qualitative data suggests that we cannot improve recruitment by changing recruitment methods or (2) the qualitative data suggests that the interventions are not acceptable to participants." I've talked about recruitment rates in relation to trials run by some of the Baos authors before on this blog (see here). In terms of 'acceptability' of the interventions, well, the findings from Geraghty and colleagues [3] perhaps need airing in line with some of the history around the use of CBT in the context of CFS/ME. Will all of this affect recruitment rates? We'll see.

Point 2: Activity management (the comparator). There are various elements - mandatory, flexible, prohibited - that such activity management will include. Prohibited elements, I think, mean that specialist therapists cannot discuss in detail things like "feelings, beliefs and how they change" nor "feelings and their relationship with behaviour." Mandatory elements by contrast include finding a baseline level of activity, "to record time spent each day doing high-energy cognitive activities" and importantly: "Increasing activity by 10–20% each week." Yes, this is an active comparator that looks like it is expecting quite an increase in activity over the duration of the study. I think they call this graded exercise therapy (GET). All of this will be delivered on-line and participants will "receive treatment for 3 to 6 months." As you can see, things like recording activity levels (the ActiveME app is mentioned) is going to be predominantly (exclusively?) done via "paper/electronic diaries." I'm a little cautious of this method, and once again (see here) need to question why more objective activity trackers such as the wonderful technologies headed under the title of actigraphy are not being fully utilised with CFS/ME research in mind (see here for another example). Given also that the primary outcome measure is: "Disability measured using the Physical Function Scale (SF-36-PFS) at 6 months after randomisation", surely such actigraphic data would provide a really sound comparator to such subjective scoring?

Point 3: There are a range of secondary outcomes listed by Boas and colleagues in relation to measuring any effects from intervention and/or comparator. I am happy to see that quality of life (QoL) will be measured via use of the EQ-5D-Y (EuroQoL health-related quality of life questionnaire, Youth version) given some chatter about this previously (see here and see here). But there are some things missing from such an outcome line-up; a primary one seems to be that although fatigue and physical function is kinda (see above) mentioned in an analysis sense, more specific facets of CFS/ME are not seemingly being addressed such as PEM (post-exertional malaise). I note from the study website for example, the authors talk about how "fatigue and other symptoms get worse after exertion" suggesting that they know all about PEM. The question then: why not try and test for it and importantly, assess it before and after intervention? OK, I know that measuring PEM is still more of an art rather than a science [4], but I wonder if it would have been helpful for researchers to also potentially think about examining biochemistry for example, as well as psychology and behaviour throughout their study to aid some further investigation in this important area. Y'know things like immune function for example [5] which seems to be an area of research rising (see here) and could add something extra when it comes to sub-grouping among the CFS/ME population? Oh, and just in case you were thinking 'eh?' when it comes to me talking about CBT potentially affecting immune function, have a look at another trial protocol from Schakel and colleagues [6] and the measures they want to use/are using as part of their study "to investigate the effects of a psychological intervention on self-reported and physiological health outcomes in response to immune and psychophysiological challenges."

Point 4: Safety. I am happy to see that safety of the intervention(s) is also discussed in the Boas paper. To quote for example: "We will define a serious deterioration in health as: (1) clinician-reported serious deterioration in health, (2) a decrease of ≥ 20 in SF-36-PFS between baseline and 3, 6 or 12 months or scores of ‘much’ or ‘very much’ worse on the Clinical Global Impression Scale or (3) withdrawal from treatment because of feeling worse." Good news indeed, and I assume this covers the comparator arm of the study too. What is perhaps missing from such study safety features however, is a little more detail on what screening will be carried out before participants are allowed on to the study in order to reduce/minimise any potential adverse events or even worse, include those who really shouldn't be included in such a study ('first, do no harm'). So: "Young people will be excluded if any of the following apply: (1) they are not disabled by fatigue (defined in eligibility screening), (2) their fatigue is due to another cause, (3) they are unable to complete video calls or FITNET-NHS online chapters or (4) they report pregnancy at assessment." Under 'their fatigue is due to another cause' I'm a little unsure about what this might mean. Does this for example, infer that all potential participants will be screened for mitochondrial disease in light of other data suggesting overlap with cases of CFS/ME (see here) and a possible/probably connection with some fatigue-related symptoms? How is one able to rule out so many potential causes of fatigue other than CFS? As to the idea that there may be those 'unable to complete video calls or FITNET-NHS chapters', well, I imagine that excludes those who might be at a more severe presentation stage of their illness? This then introduces the issue of representativeness of any trial results subsequently obtained...

I applaud the authors for communicating as much as they did about their intentions to conduct this trial. More research groups need to do this both inside and outside the realms of CFS/ME to make replication easier and allow old farts like me to scrutinise and comment from on high. Relying solely on the cold, objective science in this often contentious area, I can also see the rationale behind their running this trial and the urgent need to improve quality of life for many, many young (and older) people diagnosed with CFS/ME.

But... as things stand with the protocol, particularly the distinct lack of using widely available objective measures to provide data on activity levels, I can't also see how this study is going to significantly add to the existing research base nor wider discussions about the use of something like CBT in the context of CFS/ME. I say that also acknowledging that the original FITNET trial is not without criticism [7], including a section that was titled 'The Actometer Results' that perhaps should be renamed 'What happened to the Actometer Results' given "the results were not reported and the reason for this was not given." One also needs look at the masses of discussions on the PACE trial (see here for example) that included CBT as part of an intervention package, to see how the biopsychosocial (BPS) model on which such research rest is, at best, disliked by many suffering with CFS/ME (see here). Said discussions now even reaching the House of elected officials here in Blighty (see here). The glaring lack of any biochemical measures also accompanying this new study adds to the feeling that despite recognition from the authors that "common symptoms in children and young people are unrefreshing sleep, problems with memory and concentration, headaches, nausea (feeling sick), dizziness, muscle and joint pain, and sore throats" psychosomatic ideas still prevail regarding the nature of such symptoms and the continuing rationale for studying CBT in the context of CFS/ME.

I'll hopefully come back to this topic as and when any study results are forthcoming ("Overall trial end date 30/10/2021").

[1] Baos S. et al. Investigating the effectiveness and cost-effectiveness of FITNET-NHS (Fatigue In Teenagers on the interNET in the NHS) compared to Activity Management to treat paediatric chronic fatigue syndrome (CFS)/myalgic encephalomyelitis (ME): protocol for a randomised controlled trial. Trials. 2018; 19: 136.

[4] McManimen SL. & Jason LA. Differences in ME and CFS Symptomology in Patients with Normal and Abnormal Exercise Test Results. International journal of neurology and neurotherapy. 2017; 4(1): 066.