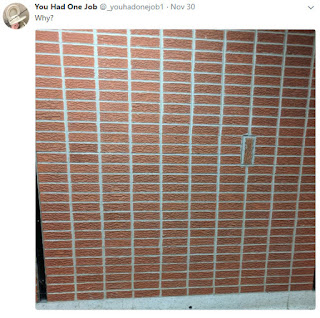 Today I'm bringing to your attention the findings reported by Jack Cotter and colleagues [1] who concluded that: "social cognitive deficits appear to be a core cognitive phenotype of many clinical conditions."

Social cognitive issues defined as "mental operations that underlie social interactions" and "includes a range of cognitive processes that help individuals to understand how others think and feel" are something not unknown to the core subject of this blog: autism. Indeed, Cotter et al mention how the "most heavily researched aspects of social cognition are emotion recognition and theory of mind (ToM)." Right or wrong, ToM in particular, has had quite a significant influence on autism research and thought down the years (see here).

Cotter and colleagues "sought to collate existing meta-analytic data on social cognitive performance among individuals with a range of clinical conditions" on the basis that whilst the label of autism has received the lion's share of research interest, social cognitive issues perhaps span a far wider range of labels/conditions. They scoured the peer-reviewed literature and identified some 31 meta-analyses published that "examined performance on facial emotion recognition (24 papers) and/or ToM tasks (24 papers) among 30 different clinical populations relative to controls." The sorts of clinical populations identified ranged from psychiatric disorders such as psychosis and schizophrenia, to neurological disorders such as epilepsy and traumatic brain injury to developmental disorders such as attention-deficit hyperactivity disorder (ADHD) and intellectual (learning) disability.

Their conclusions: "Though these results do not provide directly comparable estimates between clinical conditions, they provide a robust indication that social cognitive deficits appear to be a core cognitive phenotype of many developmental, neurological and psychiatric disorders." The authors go on to discuss how, on the basis of their findings, social cognitive issues (impairment) might be "a general biomarker indicative of neurological abnormality" more generally; also, in some contexts, providing information on the 'progression' of a particular condition.

In these days of ever-blurring labels and conditions, where comorbidity is proving to be the rule rather than the exception [2] (see here also), there is common sense in the Cotter findings. Sense, insofar as the idea that no one diagnostic label has generally got a monopoly on a particular behaviour and/or symptom and that social cognitive issues might be 'core' to quite a few conditions. A greater appreciation of such an idea could potentially impact, in many different ways, on what we think about many seemingly different psychiatric, developmental and neurological labels. A few stand-out points include: (a) a reiteration of how nonsensical the term 'neurotypical' is from a social cognitive perspective when describing 'not-autism' (see here); (b) a further illustration of the value of a professional assessment as and when something like autism is suspected, rather than just a reliance on brief 'are you autistic?' questionnaires that tend to rely heavily on social cognition as a 'symptom' (see here); and (c) investigation into whether or not important biological 'issues' thought to accompany social cognitive 'issues' could also be quite wide-ranging among many conditions/labels (see here for some discussion on the concept of inflammation for example).

And since we're on the topic of grand, sweeping psychological concepts spanning different conditions, how about the idea that executive function issues might also cross labels [3] too...