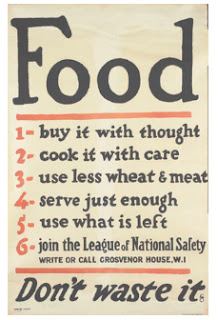 Warm but not hot on the heels of a previous post potentially turning upside-down our understanding of inflammatory markers in the context of schizophrenia (see here) I'm bringing the paper by Isobel Cameron and colleagues [1] to the blogging table.

What's the link you may ask?

Well, if one assumes that the Hartwig findings [2] on inflammatory markers in schizophrenia could be 'influenced' by the presence of increasing body mass index (BMI) talked about in other research [3] one should, most definitely, be looking at how weight and/or BMI issues manifest in relation to schizophrenia as Cameron et al did.

So with the aim of estimating levels of obesity "in a national population sample by comparing patients with schizophrenia with matched controls" nearly 5000 adult cases of schizophrenia and "19 752 controls matched by age, gender and practice" were initially identified from a database covering Scotland. Further: "Patients with a recorded BMI were classified as obese (BMI ≥30 kg/m2) or not obese (BMI <30 kg/m2)."

Results: bearing in mind that other population statistics point to obesity not being an unfamiliar health issue in Scotland (see here) as in many other parts of the world, authors reported that: "people with a diagnosis of schizophrenia have an increased hazard of being obese when compared with adults matched by age, gender and practice attended." Taking into account occasions where "no BMI, height and weight were recorded in the 3 years before entry into the PCCIU database" researchers presented two different statistics. One where missing data were treated "as not obese following the logic that as there was no weight or BMI recorded the GP saw no clinical need to obtain these measures" and the other where records were excluded when BMI was not recorded. Both ways were associated with "an increased obesity hazard" to a similar sort of degree.

"Our analyses show that even within a nation with a substantial obesity prevalence, patients with schizophrenia are significantly more likely to be obese." This isn't of course the first time that issues with weight (or BMI) have been noted in the peer-reviewed science domain with schizophrenia in mind [3] and I doubt it will be the last.

The question should then be: what can be done about overweight and obesity in the specific context of schizophrenia? For potential answers to that, I'll refer you to some of the collected works of Dr Brendon Stubbs and colleagues (see here) and their very thorough reviews and meta-analyses on all-manner of topics that potentially tie into such a weighty issue...

This is my last post before Christmas, and so includes a traditional(?) song to send best wishes to all (hopefully not from the drunk tank)...