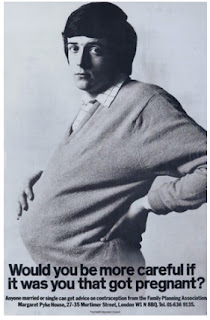 Yet another 'MoBa does...' post today, reflecting data derived from the Norwegian Mother and Child Cohort Study and the findings reported by Marianne Hope Abel and colleagues [1] (open-access available here).

Maternal pregnancy iodine intake (both calculated from food sources and also as a supplement) was the starting variable, where responses to "a food frequency questionnaire (FFQ)" provided researchers with enough data to categorise mums-to-be in terms of their iodine intake. Iodine, by the way, is something of an important nutrient from many biological reasons; not least for optimal thyroid function. During pregnancy, suitable iodine levels are also seemingly required to ensure that the developing child is able to reach their full potential (see here).. seemingly.

Alongside, researchers also looked at both children diagnosed with attention-deficit hyperactivity disorder (ADHD) and "maternal report of child ADHD symptoms at eight years of age" on the basis of other data talking about "a negative impact on child behavior problems when mothers had inadequate iodine intake from food and initiated use of supplemental iodine in the first trimester of pregnancy." Keep in mind that last part about supplemental use during early pregnancy...

So, including some 77,000 mother-child pairs where "for 27,945 there were data on maternally reported ADHD scores when the child was aged eight years", what did the researchers find?

"Iodine from food was significantly associated with maternally reported child ADHD symptoms at eight years of age... but not with risk of child ADHD diagnosis." Authors expanded on this observing that the 'inattention' side of ADHD symptoms, derived from a questionnaire covered in independent research [2], was the driving force behind the connection being made, not the hyperactivity subscale. They also noted that "maternal iodine intake of less than ~200 µg/day" seemed to be the crucial cut-off point when it came to those maternal reports of ADHD symptoms.

But... I'm sure it can't have escaped your attention that although maternal reports of offspring ADHD symptoms - indeed, inattention - *correlated* with maternal iodine intake, there was little to see when it came to "risk of specialist-diagnosed ADHD in the child." Indeed, the authors also note that they found "no evidence of any beneficial effect of supplemental iodine in pregnancy" and even that "initiating iodine supplement use within the first trimester in mothers with inadequate iodine intake from food (<EAR) was associated with both an increased risk of ADHD diagnosis and higher ADHD symptom score at eight years of age."

Science is [almost] never clear-cut in the conclusions it arrives at and the Abel results just add to that sentiment. Given that this authorship group seemingly having a considerable research interest in all-things iodine and health, I'm assuming that these latest results were quite the talking point. Certainly, just a little bit different from their other recent publication on this topic [3] that concluded: "Maternal iodine intake below the Estimated Average Requirement during pregnancy was associated with symptoms of child language delay, behavior problems, and reduced fine motor skills at 3 y of age" but perhaps not with the supplementation angle in mind: "results showed no evidence of a protective effect of iodine supplementation during pregnancy."

I don't know what and how much to make of the findings as they stand, aside from suggesting that other recent findings [4] also questioning the value of daily iodine supplementation "in mildly iodine-deficient pregnant women" perhaps add to the discussions in this area. MoBA represents a great resource in these days of population science, so one can't blame the findings on a lack of "large sample size, prospective design, extensive collection of data, and the possibility of linking the cohort to national registries." It could, therefore, well be that talk on iodine supplementation during early pregnancy perhaps needs a lot more science behind it before anyone makes any grand, sweeping claims about its usefulness...

To close, in case you're wondering about the photo included in this post, it's all part of the Public Health England 'celebrations' for 100 years of public health marketing (see here).