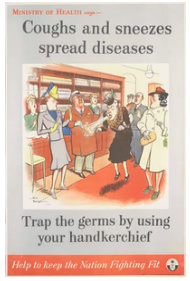 "Recent evidence suggests that mitochondrial dysfunction may play a role in the pathophysiology of chronic fatigue syndrome (CFS)" was the starting point for the study results reported by Ranjit Menon and colleagues [1].

Detailing findings -  "open-label trial" findings - following use of a 'nutraceutical combination' in a small number of participants with CFS, researchers produced evidence that further investigations might be needed. The trial protocol for their investigation can be viewed here. The 'combination' under inspection included "primary nutrients: Coenzyme Q10, Alpha lipoic acid, Acetyl-l-carnitine, N-acetyl cysteine, B Vitamins"; many of which have been shown to act on various "mitochondrial targets" in the context that mitochondria might play a role in at least some cases of CFS (see here for example), but not necessarily all (see here). Indeed, I'll draw your attention when other groups have talked about nutraceutical 'intervention' (see here) in the context of mitochondria and CFS previously (see here and see here).

Over the 16 weeks of the trial period, researchers quite regularly assessed various parameters relating to the core feature of fatigue (based on use of the Chalder Fatigue Scale) and various mood, sleep and general health variables. They observed that alongside "a significant improvement in fatigue symptoms across [the] treatment period on the Chalder Fatigue Scale" there were also some potentially important differences noted in other measures too. Not least with "clinician-reported symptom-improvement" in mind.

Obviously the emphasis on the Menon results being an open trial (i.e. not blinded/masked, not randomised, with no control group), and very much, a small open trial, mean that these are preliminary findings and shouldn't yet be informing any research or clinical opinions. The additional fact that no objective 'actigraphic' measure of physical functioning was included for study is something else to bear in mind. Such results *should* support further research; indeed, one would hope that in this new era of interest and 'changing perspectives' with CFS in mind (see here), many more investigations in this thread would be forthcoming. 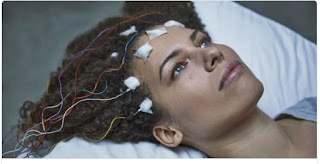 And whilst on the topic of clinical trials for CFS, the news out of Norway when it comes to the use of Rituximab is not looking too good despite a previously promising start [2]. No-one said it was going to be easy...

To close, I've nabbed a screenshot of a picture from the film Unrest that I think is starting to take on an almost iconic status...