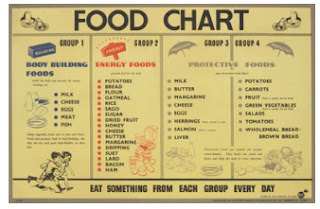 I think the findings reported by Sanchez and colleagues [1] make it at least the third time (see here and see here) that a meta-analysis has been conducted on the collected peer-reviewed research asking the question: does maternal weight before and/or during pregnancy affect offspring risk of being diagnosed with autism spectrum disorder (ASD)?

Granted the emphasis this time around was on "the association between maternal pre-pregnancy overweight/obesity status and child neurodevelopmental outcomes" (bold added by me), but the general question is similar to that looking at pregnancy overweight/obesity status, and whether such anthropometric variables might show an effect. The answer: according to the existing literature (see here for example) is yes; for whatever reason(s) "compared with children of normal weight mothers, children whose mothers were overweight or obese prior to pregnancy were at increased risk for compromised neurodevelopmental outcomes." A diagnosis of autism was but one outcome highlighted by the Sanchez results, as attention-deficit hyperactivity disorder (ADHD) also showed a potential *correlation* (see here).

"Of 1483 identified papers, 41 were included in the systematic review, and 32 articles representing 36 cohorts were included in the meta-analysis" indicating that there is some degree of confidence in a possible *correlation* between maternal weight and offspring outcomes.

What do the results mean? Well, being cautious that correlation is not necessarily the same as causation, and understanding that there may be a multitude of variables 'under' the issue of maternal obesity before and during pregnancy, there are a couple of potentially important implications arising from such findings. Pregnant mothers and potential mothers-to-be are already bombarded with quite a lot of information aimed at keeping themselves and their [potential] offspring 'healthy'. Part of that advice talks about how watching what you eat and maintaining a good physical activity schedule are key elements. Evidence like this from Sanchez et al perhaps add another dimension to any advice given; bearing in mind that pregnancy weight is probably not going to be an important factor for all autism or all ADHD. Indeed, the chances are that such findings are probably going to be part of a 'bigger picture' when it comes to risk profiles.

Mechanism(s) of effect? Potentially lots. Once again I'm going to zoom in on the idea that inflammation potentially generated by something like obesity [2] could be an important issue given all the previous chatter about maternal immune activation (MIA) and 'some' autism (see here). I don't doubt that there could be other factors to consider, but that's all I can [reliably] provide at the moment [3].