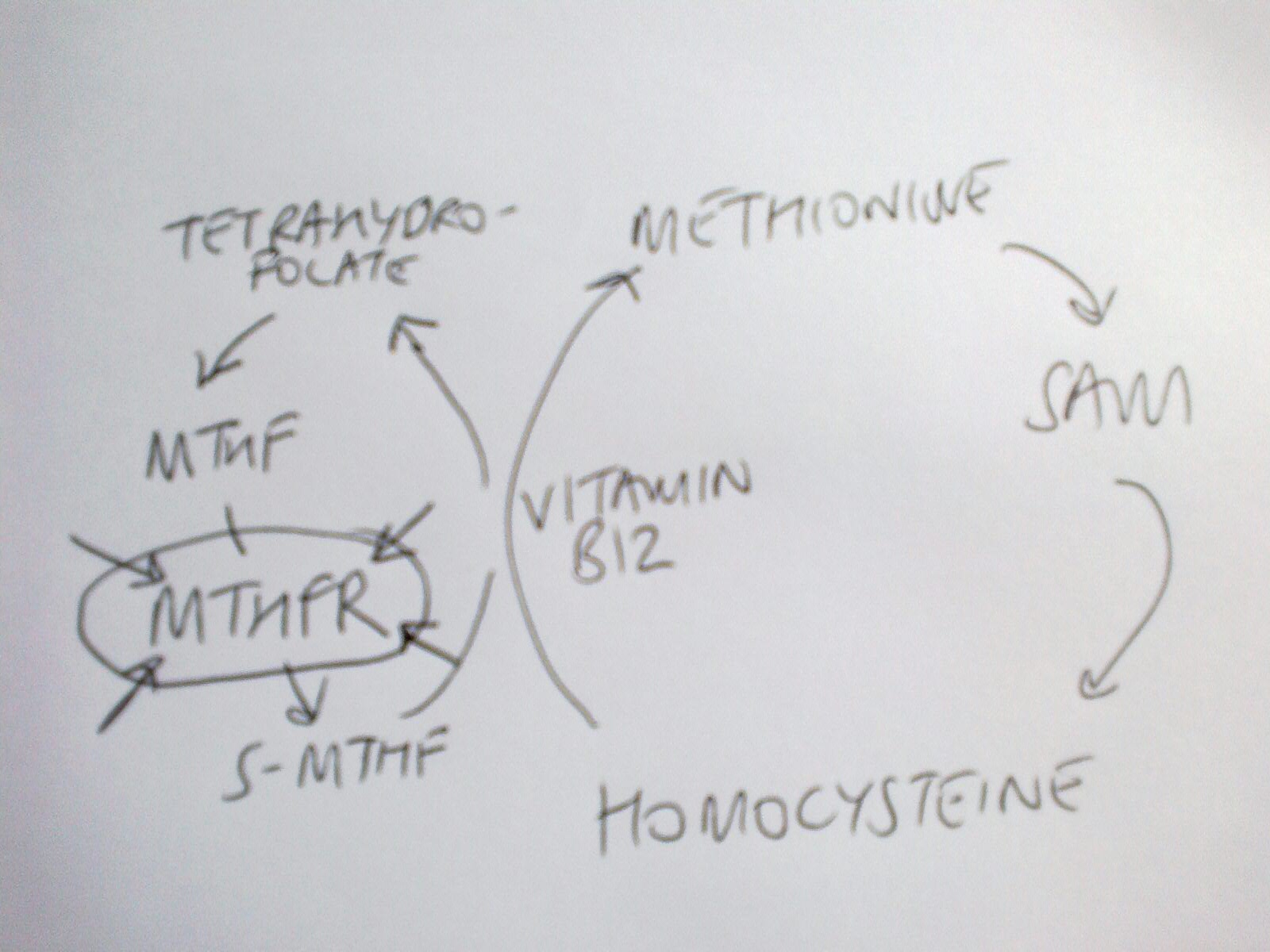 So: "In conclusion, the present meta-analysis found that folate deficiency is associated to SZ [schizophrenia], and subgroups which did not reach enough statistical power need further investigation in the future."

That was the research bottom line discussed in the paper by Dan Wang and colleagues [1] on a topic that has been of some interest to this blog down the years (see here and see here for example). Folate (folic acid if you will) is a pretty vital nutrient that, among other things, plays an important role in a particular cycle linked to the methylation of DNA. With schizophrenia specifically in mind, there is a body of peer-reviewed evidence emerging suggesting that folate levels might provide some important information about at least some cases bearing in mind the concept of plurality (see here).

Wang et al looked at quite a bit of that research literature on folate and schizophrenia and determined that "decreased serum folate was associated with SZ risk" even when taking into account variables such as when serum folate levels were sampled (i.e. in acute schizophrenia) and "measurement after drugs using in SZ patients." Ergo, science needs to know more about this potentially important association.

As per the various research looking at folate levels in relation to autism (see here for example) one has to tread quite carefully so as not to 'big up' any universal relationship between folate and schizophrenia. That for example, the folate cycle intersects with other potentially important compounds such as homocysteine with schizophrenia in mind (see here) is also something to bear in mind.