"Anti-vaccination arguments are varied" (and not all about autism) 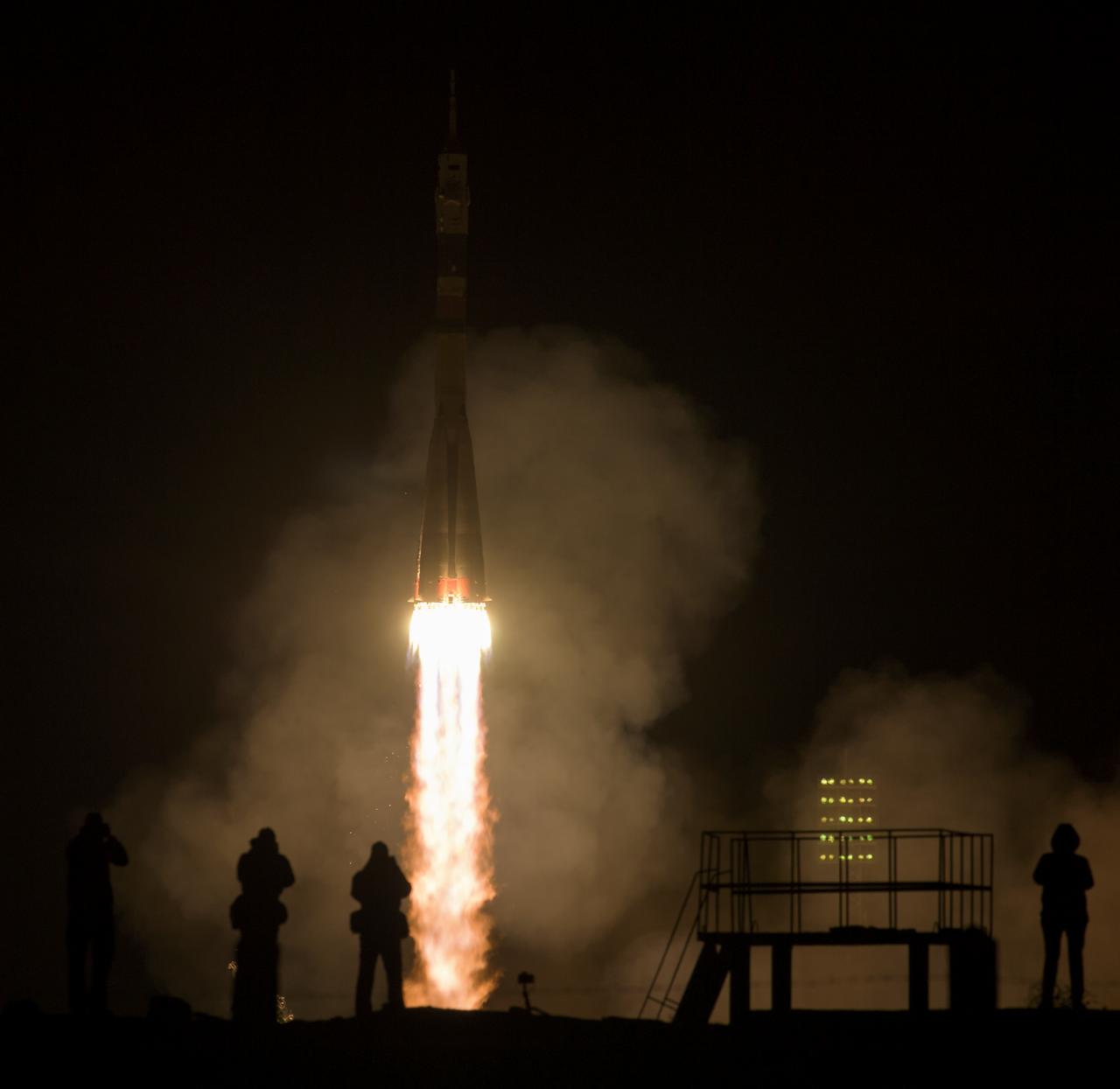 I tread very carefully with my slightly long discussions of the paper by Beth Hoffman and colleagues [1] (open-access available here). The Hoffman paper talks about the role of social media in an important issue: "anti-vaccination rhetoric". Specifically how an analysis of anti-vaccination sentiment on one particular social media platform suggests that "It's not all about autism" when it comes to such views being very publicly espoused. Some people might already know why autism was mentioned by Hoffman, but for others here is some discussion of the previous (peer-reviewed) science on that topic (see here and see here).

I know that there are some significant emotions surrounding this topic. I know it's a subject area that crosses lots of different issues ranging from individual and public health to personal choice and lots more in-between. It's also a topic which in some cases is literally the difference between life and death. And for those reasons it's why papers such as the one from Hoffman et al are so important: to understand why, in the age of social media where the world is literally your audience, such sentiments might occur and how any misgivings about vaccination could be suitably addressed. How much also, the anti-vaccination messages that are being promulgated on social media, actually do impact on people's actual vaccination behaviour is another point of more general study, and specifically why this might happen more for some but not for others [2] (a 'vaccine for anti-vaccination sentiment' perhaps?).

Hoffman continued a growing theme in various research circles where social media footprints represent data (see here and see here). They specifically zoomed in on "197 individuals on Facebook who posted anti-vaccination comments on a local paediatric clinic’s Facebook page" in response to a video about "the human papillomavirus (HPV) vaccine as an anti-cancer vaccine." And before you ask, yes, the HPV vaccine does indeed seem to be an anti-cancer vaccine [3]. The sorts of comments received were sometimes pretty extreme as per "being either (1) threatening (e.g. “you’ll burn in hell for killing babies”) and/or (2) extremist (e.g. “you have been brainwashed”)." That being said, I don't want to tarnish all commentators on the basis of the posting of such extreme comments by some.

"Posts on these individuals’ Facebook profile pages suggest that many are highly mistrustful of the medical and scientific community." That was one of the primary findings. Other observations included: "Of the 116 individuals with at least one public anti-vaccination post from 2015 to 2017, posts about “educational material” (73%), “media, censorship, and ‘cover up’” (71%), and “vaccines cause idiopathic illness” (69%) were the most common topics." 'Educational material' implying "content that claims to provide scientific evidence for the negative impact of vaccines" is perhaps slightly counter-intuitive to the 'mistrust' that Hoffman initially concluded. Indeed, it implies that this isn't necessarily about a general 'mistrust' of science per se that they noticed, but rather more of a selective mistrust of some of the science and/or 'guardians' of that science. This perhaps coincides with their focus on some key weakness of science including that: (a) science is more about probability than it is about absolutes, and (b) science is not produced uniformly; such that peer-reviewed science can still be published as peer-reviewed science irrespective of how well or badly it was designed and conducted. So for example, you can provide someone with a 100 or a 1000 well-designed studies showing 'no connection' between variable X and variable Y in a statistical sense, but it only takes one study *linking* variable X and variable Y appearing in the science literature for someone to be able to say that there is some science behind a possible link between variable X and variable Y (or at least that a link can't be definitively ruled out). That's the way science works for better or worse.

Insofar as the sentiments of 'media, censorship and cover-up' this is another key issue with some overlap with the other details observed. The cries of 'cover-up' and 'censorship' "suggesting that the government, pharmaceutical companies, and/or physicians consciously and wilfully fail to disclose adverse vaccine reactions" play into lots of different themes allied to the previous discussion about science and beyond. Whilst not wishing to stray too far from the Hoffman findings, I'll bring in some quite recent discussions about the whole Cochrane-Gøtzsche saga (see here) as one relevant example. I don't want to rehash that post in its entirety but the Jørgensen paper [4] including Peter Gøtzsche as an author which concluded that "The Cochrane human papillomavirus (HPV) vaccine review missed nearly half of the eligible trials" provides an example of how science again isn't necessarily always as uniform as it appears. On that basis, and with other medical commentators also concerned about clinical trial data not seemingly appearing in a timely fashion for example (see here) alongside some recent quite high-profile judgements (see here), the gaps left provide fertile ground for social media speculation and onward the stoking of potential anti-vaccination comments.

Hoffman et al also talk about various strategies that might be employed to "increase the level of community protection against the propagation of anti-vaccination messaging on social media." Personally I'm not sure whether things like increasing media literacy, the use of entertainment narratives and/or "for medical professionals to be more active on social media" and more [5] are really going to make any significant inroads into changing (often entrenched) hearts and minds. I'm even more doubtful that blanket 'censorship' is an entirely appropriate course of action, despite that being on the cards (see here) precisely because it may play directly into the hands of those cries of censorship.

There is however one thing that I think could be worth looking further into: dialogue. Minus any sweeping generalisations about equating anti-vaccination sentiments with anything else, most people here in Blighty will know about the history of Northern Ireland. Years and years of arguments, fighting, murders and more weren't solved by censorship (I remember the days when the voice of Gerry Adams was banned) but rather by talking and having constructive discussions. It was an unpalatable process for some people, particularly those who were personally touched by the violence in Northern Ireland, but dialogue happened and lives were probably saved as a result. I know some people would find the idea of talking to prominent people with anti-vaccination views likewise to be a difficult prospect. But the truth of the matter is that we're never going to get to the core of why people believe what they believe and say what they say without asking them about what motivates their view(s). It's kinda been done a little bit before in the peer-reviewed science arena and beyond but lots more data is required. And it appears that such 'dialogue' has been suggested by others too...

I'm also minded to mention that part of that dialogue needs to include discussions about 'experience'; something that could also be an important variable when it comes to vaccine hesitancy and its propagation among specific groups (see here and see here). Indeed, a realisation that those who express anti-vaccination views or opinions probably include many different people who arrived at their position for lots of different reasons is an important point. Probably not all of them having some inherent disposition to being anti-vaccination or indeed necessarily "in favour of magical or superstitious thinking" [6] as others have previously opined. Opening dialogue is a difficult prospect but if it saves one life from a vaccine-preventable disease, it's got to be worth a try.

Vaccination is a cornerstone of public health, a life-saving cornerstone of public health, something that should never, ever be forgotten. Indeed it's probably because people forget what measles for example and other childhood disease did to some children and adults that some complacency about vaccination has set in. If you need to see some of the effects of vaccine-preventable diseases in action, read about what measles did to the author Roald Dahl's daughter (see here). Anti-vaccination sentiment is a significant issue that has been with us since vaccination began. It needs to be approached head on to counter mis-information and calm and allay any fears. The way to tackle this issue is however going to be as complicated as the issue itself is. Yes, it needs to realise that social media is often an 'echo chamber' [7] giving people an opportunity to literally speak their mind and adapt accordingly. But another part of that strategy - an important part of that strategy - needs to be an understanding of why people think the way they do. In that respect, dialogue, however unappealing that might be to some people, is eventually going to be key...