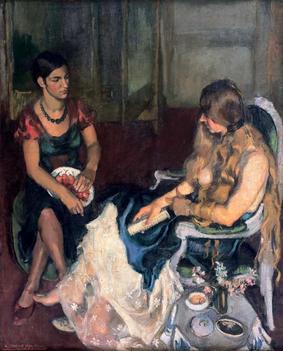 "Although some associations between ADHD [attention-deficit hyperactivity disorder] and offending may be accounted for by co-morbidity with substance use disorders, early onset of offending and repeated violent offending appear to be directly related to ADHD."

That was the conclusion reached by Jan Román-Ithier and colleagues [1] reporting on their study designed to "examine correlates of childhood ADHD symptoms among prisoners." Based on a sample adult prison population (N=1179) where self-reported "retrospective measures of ADHD and a diagnostic interview for substance use disorders" were coupled with data on offending behaviour(s), researchers reported that there may be more to see when it comes to self-reported ADHD and offending behaviour not necessarily just due to substance abuse. Indeed: "Self-reported ADHD was associated with age of first arrest, a number of violent and non-violent offences and re-offending."

Of course you'd be right if you highlighted a few methodological issues with the current data insofar as the use of self-report and indeed, retrospective self-report when it comes to ADHD or ADHD-type symptoms. I might even throw in the idea that feigning ADHD is not something unheard of in the peer-reviewed literature either (see here) bearing in mind one might expect some special treatment or accommodation for prisoners who might meet diagnostic thresholds. There is more [controlled] research to be done in this area for sure.

But set within the idea that there may be something of an over-representation of ADHD in the prison population (see here), the Román-Ithier results add further weight to the idea that screening (including preferential screening for some) and treating ADHD early in life might be something to seriously think about from a population health and wellbeing perspective. Yes, one has to be careful about sweeping generalisations when it comes to ADHD and 'adverse outcomes' (see here) including the idea that ADHD persistence might not be uniform [2] and I don't doubt that some might be slightly adverse to the idea of some of the currently indicated treatment measure for ADHD when it comes to medication for example (see here). But as with many things in life, the pros and cons of tackling such issues need to be weighed up on an individual basis assuming for example, that a life of offending and re-offending is probably not to be helpful to anyone. I might also throw the findings by Chorniya & Kitashimab [3] into this post and how substance abuse disorder and other 'risky behaviours' might also decline as and when ADHD is appropriately managed.

To close, fair-dos to Gary Lineker...