Mercury and autism: where the science currently stands 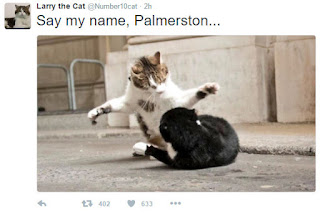 Yes, I know that on the 'hot potato' scale, to talk about mercury and autism still moves the needle up to somewhere approaching furnace level for some people despite discussions on this heavy metal still figuring in several quarters. This is however a blog based on peer-reviewed science (for the most part) and so with mucho, mucho caveats included I want to draw your attention to the review paper by Janet Kern and colleagues [1] (open-access available here) and the observation that: "The preponderance of the evidence indicates that mercury exposure is causal and/or contributory in ASD [autism spectrum disorder]." I might add that this authorship group are no strangers to this particular topic (see here).

As per the 'review' heading accompanying the Kern paper, this was an analysis (inventory) of the up-to-date - "1999 to February 2016" - peer-reviewed studies done around the topic of mercury and autism. The authors present the data based on tissue type, ASD vs. not-ASD and various other parameters detailing the back-and-forth of relationship and no relationship that seems to percolate through the autism research scene. They conclude that "the vast majority (74%) of those studies suggest that mercury is a risk factor for ASD" and that any effect is likely to consist of "both direct and indirect effects of mercury exposure." This direct and indirect effects explanation is accompanied by a graphic highlighting the many and varied ways that mercury exposure might be linked to cases of autism. They also direct readers to a similar paper on this topic [2] that "also found that 74% of studies support a link between mercury exposure and ASD."

Without courting controversy as to the sources of and relative role that mercury might have on cases of autism I was drawn to a particular conclusion made by the authors that "children with ASD are more susceptible to mercury than typically developing children." I've seen and blogged about enough autism research down the years to understand that for some people on the autism spectrum, behavioural 'symptoms' can be accompanied by various genetic and biological 'issues' linked to the handling of various toxicants and other environmental agents. I'm not yet convinced with the argument that universally people diagnosed with autism are somehow preferentially exposed to greater levels of mercury than the rest of the population but I am warming to the idea that their 'handling' of such a heavy metal (and others) might to some extent be 'impaired' and that this could have some impact on body burden levels as well as clinical presentation.

Kern JK, Geier DA, Sykes LK, Haley BE, & Geier MR (2016). The relationship between mercury and autism: A comprehensive review and discussion. Journal of trace elements in medicine and biology : organ of the Society for Minerals and Trace Elements (GMS), 37, 8-24 PMID: 27473827
Posted by Paul Whiteley at 11:09