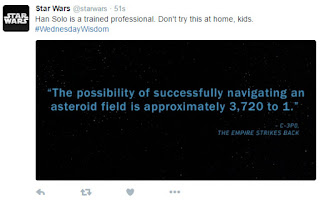 Coming out of the 'bacterial research powerhouse' that is University College Cork, such research potentially unites some important concepts that are of some interest to this blog.

Based on questions still requiring answers about how maternal and early years consumption of everyone's favourite kind of essential fatty acids (the omega-3 variety) might impact on things like gut bacteria and "behavioural outcomes", researchers set about looking at possible connections in mice. Said mother mice with child and their male offspring were provided with one of a number of combinations of diet including "omega-3 deficient (O3-) or omega-3 supplemented (O3+) diet" and various measurements of mouse behaviours were undertaken as well as studies pertinent to what was going in their poo(p) from a bacterial perspective.

As per that opening paragraph, there were some 'subtle' changes to offspring behaviours at various developmental stages according to their omega-3 dietary status. So: "O3- animals displayed impaired communication, social and depression-related behaviours and O3+ animals displayed enhanced cognition." Alongside, researchers also observed some potentially important bacterial differences according to omega-3 diet or not that could be related to the reaction to stress (as per the examination of the HPA-axis). All-in-all, a diet rich (or not) in omega-3 fatty acids might have some quite far-reaching effects, at least in mice.

I'm interested in this kind of research for several reasons. First, is the idea that ensuring that human diets - all diets - are adequately supplemented with omega-3 fatty acids is a win-win situation. Outside of the somatic health benefits associated with appropriate omega-3 fatty acid ratios are the various 'psychological' benefits that might also be linked. Examples include the link between fatty acids and [some] cases of attention-deficit hyperactivity disorder (ADHD) or ADHD-type symptoms (see here). This is followed by some peer-reviewed evidence of possible effect on things like reading ability (see here) and even potentially off-setting the risk of psychosis for some (see here). Lots to potentially see from the humble fish oil minus any sweeping generalisations [2].

Second, this is not the first time that fatty acid status has been 'associated' with the various goings-on of the trillions of wee beasties that call our gastrointestinal (GI) tract home: the gut microbiota. I'll refer you to a previous post I wrote about some recent research on how omega-3 fatty acids might impact on [mouse] 'antibiotic exposure-induced gut microbiota dysbiosis' and obesity (see here) as another example where "dietary lipids affect specific populations of gut microbes and their metabolic end products" [3]. You and your gut bacteria are very much a product of what you do or do not eat. The value-added bit to the Robertson findings is the inclusion of a behavioural aspect to proceedings.

Obviously I have to point out that this is yet more mouse-based research and so one always needs to be a little cautious about over-generalising to humankind. But this work does provide an important insight into how fatty acids might link into gut bacteria and aspects of behaviour ripe for further scientific research. Indeed plucking one interpretation of their findings from their paper: "the adolescent period may be a critical timeframe in which omega-3 PUFA exert their effects on cognitive processes" I'd be minded to suggest quite a bit more science might be useful in this area including the idea that "the neuroprotective effects of omega-3 PUFA are not solely attributed to their direct incorporation into neural tissues but indirectly through their beneficial effects on gut microbiota composition and subsequent inflammatory status." Food for thought eh?