76% of youths with autism meet ADHD diagnostic criteria? No, more like 59% 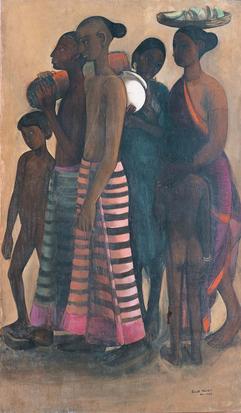 "In a population of children diagnosed with ASD [autism spectrum disorder], the rate of ADHD [attention-deficit hyperactivity disorder] + ASD was 42% and the rate of ADHD + ASD + ID [intellectual disability] was 17%, resulting in a 59% total comorbidity rate of ADHD and ASD."

That was one of the important findings reported by Tara Stevens and colleagues [1] who using data from the Survey of Pathways to Diagnosis and Services (Pathways), a US initiative that has previously been discussed on this blog (see here), threw their research hat into an increasingly important part of the autism research and practice landscape.

I mentioned the percentage figure of 76% in the title of this post with reference to other, smaller scale, findings previously talked about on this blog (see here) based on the work published by Joshi and colleagues [2] and their observation of a: "high rate of comorbidity with ADHD... in psychiatrically referred youth with ASD, with a clinical presentation typical of the disorder."

The Stevens data is based on a larger sample cohort and whilst not necessarily carrying the same sort of diagnostic clout as the Joshi data ("Diagnostic interviews were administered by highly trained and closely supervised psychometricians with bachelor’s or master’s degrees in psychology or a related field") does benefit from those larger numbers included and indeed, the more naturalistic setting of data collection. That Stevens et al report that: "Average age at diagnosis was over 6 years for children with ASD + ADHD but close to 2.5 years for children with ASD only" also provides some welcome information about the experiences of a dual diagnosis of autism plus ADHD.

In these days of autism plus [3] (ESSENCE even) further focus on the idea that the label of autism rarely exists in some sort of diagnostic vacuum (see here) represents an important step towards offering appropriate - preferential - screening when autism is mentioned and also focusing minds on how comorbidity can in some cases be even more disabling than the core diagnosis of autism (see here). Although one has to be quite careful not to 'big up' the relationship between autism and ADHD, particularly in these days where a very vocal group of people talk about over-diagnosis of ADHD, I'd be minded to suggest that as per the example with other comorbidity over-represented when it comes to autism, tackling something like ADHD when it is present/diagnosed might have some important repercussions for the presentation of core autism itself and its impact on quality of life...