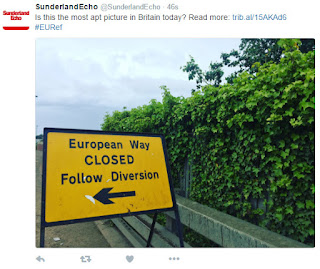 "Current evidence indicates that HBOT [Hyperbaric Oxygen Therapy] is not an effective treatment for children and youth with autism."

That was the conclusion reached by Cynthia Goldfarb and colleagues [1] following their "systematic review of the literature evaluating the clinical impact of HBOT on behavior and development in ASD [autism spectrum disorder]." Drawing on guidance from the American Academy of Neurology and their "Classification of Recommendations", authors looked at the collected peer-reviewed literature "focusing on clinical outcomes of HBOT in ASD." They determined that the research literature as it currently stands (a review based on 5 articles) does not support HBOT as an intervention option for children and young people diagnosed with an ASD.

I appreciate that for some people this will be slightly disappointing news. As per the multitude of other interventions put forward to improve quality of life or ameliorate the more disabling aspects of autism, there are nearly always reports of 'positive changes' [2] and such over-arching reviews say little about how individuals might be impacted by such intervention. Indeed, in a post a few years back on the topic of HBOT and autism (see here) I was cautiously optimistic about this approach; not least because alongside descriptions of positive changes, side-effects seemed to be few and far between when it came to HBOT ('first, do no harm' and all that).

Without trying to second-guess the findings from Goldfarb et al and without coming across as being a supporter of HBOT, I do think it's worthwhile reiterating a few points. The recent review was only based on data from 5 studies. Most of those studies were quite small scale (in terms of participant numbers) and carried out under slightly different conditions in terms of pressures used. The authors rightly make use of the term 'current evidence' as balancing their findings in these respects. Indeed, quite a few of the research 'issues' potentially involved in the study of HBOT have been covered in the review by Dan Rossignol and colleagues [3]. Among other things they suggested that the frequency of HBOT sessions might be an important factor and also: "certain subgroups of children with ASD [respond] differently to HBOT." Autisms people, autisms; and bearing in mind that inflammation seems to be a key target when it comes to the use of HBOT in this context (well, C-reactive protein (CRP) anyway).

The message however, based on the currently available evidence, is that HBOT is probably not blanket indicated for all autism...