The paper from everyone's favourite Saudi - Egyptian autism research tag-team that is Gehan Mostafa and Laila AL-Ayadhi [1] (open-access) on plasma polyunsaturated fatty acids and serum carnitine levels in a cohort of children diagnosed with autism / autism spectrum disorder (ASD) is served up for your reading delight today. 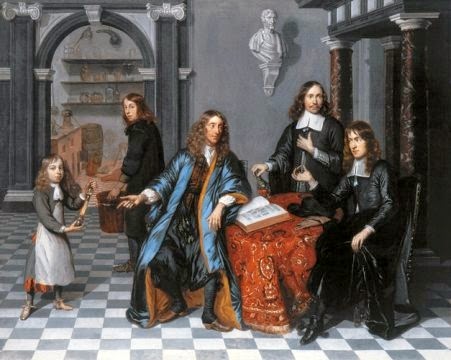 Regular readers of this blog might have heard me talk before about the pretty interesting research findings to come from this research partnership (see here and see here for example) covering all-manner of different sectors of the autism research environment.

This times around the name of the game was: "to investigate plasma levels of PUFAs [polyunsaturated fatty acids] and serum carnitine in relation to GI [gastrointestinal] manifestations in autistic children." The idea being that: "Carnitine and PUFAs are antiinflammatory molecules and their deficiency may result in GI inflammation and gut injury" following other work with autism in mind (see here).

A few pointers about the study might be in order:

I know I tend to say this about nearly every study I blog about but this is interesting work. Carnitine and autism is an area which I've got quite a bit of time for on this blog and the growing consistency in results suggesting lower levels of this stuff in quite a few cases of autism (see here). Some of the genetics of carnitine metabolism might also be 'linked' to at least some autism too (see here) with a particular focus on the idea of inborn errors of metabolism. Certainly, autism research should know a thing or two about them (see here).

The relationship between fatty acids and autism reflects a slightly less clear picture in terms of results. In a post going back to 2011, I talked about some of the peer-reviewed research on the use of supplementary fatty acids for autism (see here) and how certain comorbidity present in quite a bit of autism (see here) might be the bigger target. More recent research has kinda corroborated that idea (see here).

"How GI factors are related to autism is not yet clear" is another important quote from the authors. Yes, we are now in an era where there is general acceptance that certain functional GI issues are over-represented among those with autism (see here) but the hows and whys are still the source of significant speculation. I'd be minded to suggest that it's likely to be complicated and probably without a universal factor for everyone with autism and GI issues. There are some areas emerging that may yield further information such as examination (not hype) of those trillions of wee beasties which call our gut home (see here) and a 'possible' relationship with more pathological bowel states (see here). The Mostafa/AL-Ayadhi findings suggest another possible correlate.

I leave you with a quote from the authors: "these data should be treated with caution until further investigations are performed, with a larger subject population, to determine whether the occurrence of GI manifestations is a mere association or a consequence to reduced plasma PUFAs and serum carnitine levels in autistic patients." I couldn't agree more.

Music then. The Strokes with New York City Cops.