Time to screen for vitamin D and calcium levels in autism 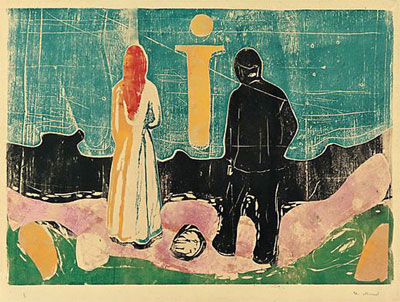 "The data highlight a gap in calcium and vitamin D supplement prescribing practices among providers caring for children with ASD [autism spectrum disorder] as well as a gap in the practice of checking 25(OH)D levels."

So said research published by Shylaja Srinivasan and colleagues [1] (open-access) with findings tied into an important issue in autism research and clinical practice: potential inequalities when it comes to the provision of suitable healthcare and accessing appropriate screening measures.

Looking at an area of increasing interest when it comes to autism - the sunshine vitamin/hormone that is vitamin D - Srinivasan et al reported that: "Fifty-two percent of the children on the GFCF [gluten-free, casein-free] diet were taking vitamin D supplementation in comparison to 18% of those in the non-GFCF group." Further: "Twenty-four percent of children in the GFCF group had a documented 25(OH)D level compared to none in the non-GFCF group."

If there are any primary messages attached to my musings on this blog, one of them is the growing emphasis on how receipt of a diagnosis of autism or ASD seems to put many people at some enhanced risk of health inequality. I'm not just talking about the idea that autism rarely appears in some sort of diagnostic vacuum (see here) but also that receipt of a diagnosis should not represent the end of screening and/or assessment processes but rather the beginning, and that screening should focus on quite a few things outside of just behaviour. Autisms people, autisms.

Accepting that not everyone might be as enthusiastic as I am about a possible link between vitamin D and autism, Srinivasan and colleagues make some important points about why screening for vitamin D and calcium might be particularly important when it comes to autism. So: "Our results also indicate that only a small proportion of children on the GFCF diet and none on the non-GFCF diet had vitamin D levels checked, even when on multiple medications that could potentially affect vitamin D metabolism and bone health." The types of medication that they are talking about include "antiepileptics, antidepressants, and antipsychotic medications" that "also have influences on bone indices and vitamin D metabolism" some of which have been mentioned previously on this blog (see here).

Insofar as the idea that initiation of a GFCF diet in cases of autism might 'trigger' screening for levels of important nutrients such as calcium and vitamin D in light of removal of dairy products for example, I'm kinda happy to see some data on this. Acknowledging the idea that a GFCF diet for [some] autism (see here) furrows brows in some quarters, I've talked before about how there may be quite a few positives to such intervention insofar as both dietary quality (see here) and where required, the use of supplementary nutrients (see here). This set against a backdrop where issues with food are quite frequently reported alongside autism (see here) and diseases of past years such as scurvy might be making something of a return with the label in mind (see here).

There are still conversations to have about vitamin D and autism and the GFCF diet and autism, of that there is no doubt (see here). The idea however that important health inequalities might follow a diagnosis of autism is something however that cannot be readily ignored. If I've said it once, I've said it a million times: screen. don't assume. screen.

And whilst not trying to make too much of the news that certain groups of people in particular might benefit from vitamin D supplementation, I am inclined to follow the advice of experts when it comes to the extra-skeletal benefits that vitamin D might confer...