I'm looking at two papers today which I'd like to think cover the title of this post pretty well dealing with the plurality of autism - the autisms - and the idea that intervention or management-wise, there is no 'one size fits all' when it comes to the autisms. 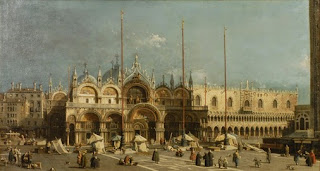 First up are the findings reported by Ziats and colleagues [1] who presented results for a child - "A 4-year-old male with autism and two episodes of neurodevelopmental regression" - who was also found to have a "mutation in the TMLHE gene, which encodes the first enzyme in the carnitine biosynthesis pathway, and concurrent carnitine deficiency." Supplementation with carnitine (see here) seemed to lead to some interesting changes in the developmental profile for this boy such that: "the patient's regression ended, and the boy started gaining developmental milestones."

Accepting that this was another example of the N=1 and autism (see here) I was rather interested in these results having previously blogged about issues with the TMLHE (trimethyllysine hydroxylase) gene in relation to autism (see here). The source of that previous post was the paper from Patricia Celestino-Soper and colleagues [2] (open-access) who concluded that: "TMLHE deficiency is a risk factor for autism" and quite a bit more should be done to screen for such issues. I wouldn't disagree with those sentiments (see here).

Next up are the results reported by Serret and colleagues [3] (open-access) who presented findings based on two participants "diagnosed with autism spectrum disorders in childhood and presented regression with catatonia features and behavioural disorders after a stressful event during adolescence." Further: "both patients presented mutation/microdeletion of the SHANK3 gene, inducing a premature stop codon in exon 21." Issues with SHANK3 have been reported in relation to autism previously.

Authors reported that: "lithium therapy reversed clinical regression, stabilized behavioural symptoms and allowed patients to recover their pre-catatonia level of functioning, without significant side effects." Further: "These cases support the hypothesis of a specific SHANK3 phenotype" and that lithium might hold some favour in improving clinical presentation in those cases.

Again, I was interested in the Serret findings with the caveat about their also using the case study approach in their paper. Lithium is an interesting compound that has graced this blog a few times in relation to its potential 'anti-suicide' correlating properties (see here) and as a possible management tool when it comes to the presentation of mood disorders comorbid to a diagnosis of autism (see here). Accepting that lithium has its own potential side-effects profile, the idea that cost-benefits might be calculated and if so deemed more benefit and less cost subsequently applied to 'some' autism, is an interesting prospect.

Reiterating my opening paragraph, what the Ziats and Serret papers serve to tell us is that within 'the autisms' there may be many different roads to a diagnosis of autism and that under the diagnostic label of 'autism', genetics, biochemistry and subsequent intervention/management strategies may vary from person to person. As I've said before, receipt of a diagnosis of autism (when it is eventually received) should be a starting point for further inquiry not the 'finishing line'.

That comorbidity - if I can still call it that - might also be a 'target' for analysis and investigation is also an important point raised and further asks more questions about the value of intervening on said comorbidity and the possible knock-on effects on the presentation of more core autism symptoms (see here). Y'know something like what is emerging in the body of research looking at anxiety and autism (see here).

With the body of work linking this, that and t'other to autism I'm starting to think that some further resources might be needed to pull all the available peer-reviewed information together in terms of what factors have been linked to those 'autisms'. I've always been very partial to autism research looking at inborn errors of metabolism (IEMs) as a starting point for investigations (see here) given both the data on overlap and even the idea that some of the various interventions for specific IEMs might hold promise for 'some' autism (see here). Analysis of things like rare genetic variations also being linked to the appearance of autism (see here) ties into the IEM investigations and perhaps represents the next tier of evaluation, bearing in mind the reduced costs of things like whole genome sequencing these days set within the perspective of personalised medicine (see here). Environment, bearing in mind the range of factors this might cover, should also be included in any diagnostic work-up based on the evolving science connecting something like infection to autism onset for some (see here and see here). There are various tests that could be performed covering a whole slew of potential infective agents (see here).

This is just a rough-and-ready idea of where autism research and practice could go with this but much like the pathways to diagnosing and managing bowel issues when comorbid to autism for example (see here), a general diagnostic roadmap is perhaps indicated...