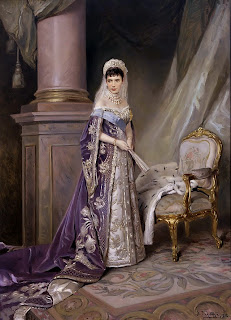 "Anxiety is an unpleasant state of inner turmoil" according to one definition. In other descriptions, words such as 'worry' and 'dread' are used (see here) describing how beyond the typical feelings of apprehension about a new situation for example, anxiety can turn into something altogether more serious and life-disrupting for some.

There are various types of anxiety disorder (see here) to consider, but for the purposes of this post I'm going to focus on social anxiety disorder in the context of autism and how the results from Melanie Pellecchia and colleagues [1] suggest we should be dedicating quite a few more resources to studying and ameliorating this important issue.

"This study examined the extent to which clinical and demographic characteristics predicted outcome for children with autism spectrum disorder." That was the starting point for the Pellecchia study looking at how child characteristics including the presentation of autism and other comorbidities might affect outcome following a school-based behavioural intervention. Drawing on data from an initial sample of over 150 pupils with autism, authors concluded that: "age and the presence of symptoms associated with social anxiety, such as social avoidance and social fearfulness, as measured through the Child Symptom Inventory-4, were associated with differences in outcome." Further: "The findings regarding the role of social anxiety are new and have important implications for treatment."

I'll chime in here and say that social anxiety in relation to autism is by no means a 'new ' concept as per other mentions on this blog (see here and see here for example). Indeed, anxiety appearing in the context of autism or autistic traits (see here) is something that many people have recognised as being potentially central to the more disabling features for quite a few on those on the autism spectrum. That and an 'intolerance of uncertainty' to borrow an important phrase [2]. The novelty from the Pellecchia data comes from the idea that the presentation of social anxiety alongside paediatric autism might well have some important effects on intervention outcome.

It's an interesting idea that when it comes to intervention for autism, the presentation of core autism symptoms might not be the major hurdle to 'treatment' success or positive outcome. I'm not sure how relevant it might be to this discussion, but I have talked previously on this blog about how one or two intervention ideas put forward for autism are probably not affecting core symptoms but rather peripheral or comorbid presentations. It strikes me that a question requiring some answers is whether targeting issues like social or other forms of anxiety when comorbid, might similarly affect the core presentation of autism? How about targeting other potential manifestations of anxiety presenting as more somatic features too?

And just in case you needed telling, issues such as anxiety are not some 'flash in the pan' thing when it comes to quite a few cases of autism [3]. Indeed, the implication being that even into adulthood, moves to curb anxiety-related issues might potentially have some very positive effects on the presentation of autism and onwards improvements in quality of life. The flip-side to all that being that anxiety, when unremitting, might have some far-reaching implications [4]...