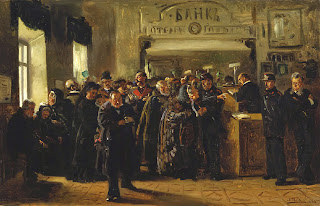 I approach the paper by Fereshteh Shakibaei and colleagues [1] with some degree of caution save any suggestions that I am somehow 'promoting' the herb Ginkgo biloba for attention-deficit hyperactivity disorder (ADHD) or anything else. I'm not, but I am interested in the results of their placebo-controlled trial suggesting that "The G. biloba is an effective complementary treatment for ADHD" and their subsequent calls for further research into this potentially promising intervention.

As per the Medline Plus entry for Ginko biloba, irrespective of your views on herbal remedies and health (have you never heard of pharmacognosy?), there is a growing evidence base suggesting that such a preparation might have a place in the management of quite a few conditions/diagnoses. The caveat being that (a) quite a bit more research is needed, and (b) much like more mainstream pharmaceutics, such herbs are not without their contraindications when it comes to their use alongside other medicines. Treat your herbs et al like you would your typical medicines is the best advice, bearing in mind I don't give medical or clinical advice on this blog.

Shakibaei et al reported results looking at a group of children/adolescents over 6 weeks already in receipt of pharmacotherapy for their ADHD symptoms - "methylphenidate (20-30 mg/day" - to which either G. biloba was added - "80-120 mg/day" - or a placebo. They report that based on responses to the "Parent and teacher forms of the ADHD Rating Scale-IV (ADHD-RS-IV)" (something I've come across in my own research) compared with the placebo group "more reduction was observed with G. biloba" illustrative of potential positive changes to symptoms. The specific area of 'inattention' seemed to be positively affected by the use of G. biloba. The commonplace 'further studies are required' sentence completes the Shakibaei results.

This is not the first times that G. biloba has been discussed in the peer-reviewed domain with ADHD in mind (see here). As per the 2009 review from Rucklidge and colleagues [2] (someone who knows a thing or two about supplements and ADHD) the jury is still out about G. biloba and it's possible effect with ADHD mind. Certainly, there are quite a few other candidate 'nutrient supplements' which seem to be performing quite a bit better than this herb (see here and see here for example).

That being said, I'd be interested to see what future research has to say about the usefulness of G. biloba with ADHD in mind, specifically from the angle of an adjuvant (add-on) treatment alongside more traditional pharmacotherapy. Again, I say this without in any way, shape or form 'promoting' such use at the current time and with the understanding that management of ADHD is likely to require quite a holistic approach.

Music: The Foo Fighters (who should be at the SoL anytime.... now).