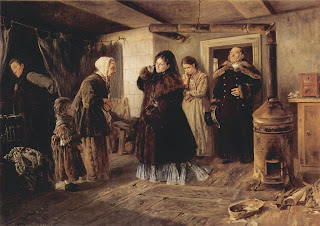 "Children whose mothers were severely obese before pregnancy had increased risk for adverse developmental outcomes."

That was the conclusion reached in the paper by Heejoo Jo and colleagues [1] based on results derived from the Infant Feeding Practices Study II (IFPS II) "a US nationally distributed longitudinal study of maternal health and infant health and feeding practices." Said data included information on "maternal prepregnancy BMI [body mass index] and child psychosocial development in 1311 mother–child pairs." Child development was measured in a number of ways including scores on the Strengths and Difficulties Questionnaire and other indications of diagnoses linked to child development.

Various results are presented including the suggestion that mothers with a prepregnancy BMI above 35 - classed as obese II and III - were potentially quite a bit more likely to have a child presenting with various "emotional symptoms" or "psychosocial difficulties" compared with those children of mothers with a more typical weight (BMI 18.5–24.9). When it came to specific developmental diagnoses, the children of obese mothers as a group were also at greater risk of receipt of a label of attention-deficit hyperactivity disorder (ADHD) and/or autism spectrum disorder (ASD) or developmental delay too. Importantly the authors note that: "Adjustment for potential causal pathway factors including pregnancy weight gain, gestational diabetes, breastfeeding duration, postpartum depression, and child’s birth weight did not substantially affect most estimates."

Without wishing to blame or stigmatise, the finding that maternal prepregnancy BMI might be a specific risk factor for offspring receipt of a diagnosis of ASD or developmental delay "(aOR [adjusted odds ratio] 3.13; 95% CI, 1.10–8.94)" is what grabbed my attention. Harking back to previous posts on this blog (see here) specifically discussing the paper by Paula Krakowiak and colleagues [2] (open-access), it is not necessarily new news that issues with maternal weight/BMI and it's association with various metabolic conditions, might place offspring at some increased risk of subsequent autism or ASD. This includes the increasingly strong evidence pointing towards gestational diabetes - an outcome associated with elevated maternal weight - as potentially increasing the risk of offspring autism (see here).

Allowing for the fact that there may be lots of interfering pregnancy variables influencing the risk of autism [3] (see here), some perhaps working synergistically, there are perhaps some important public health messages to take from the Jo paper and other peer-reviewed studies [4]. Weight loss is one modifiable option that might be considered following this body of data; although as per important recommendations: "If you are very overweight and pregnant, don't try to lose weight during your pregnancy, as this may not be safe." There is also still some debate about the best way to achieve weight loss (before pregnancy) as has been played out recently with headlines such as 'Exercise 'not key to obesity fight'' on the back of the editorial by Malhotra et al and not being able to 'outrun a bad diet'. I might add that the simple 'calories in - energy out' formula might also not be as useful as one might first think (see here).

The issue of risk factors for autism is a complicated and often emotive topic when periods such as pregnancy are thrown into the mix. I've covered lots of research on them down the years of this blog and although I've tried to handle them as sensitively as possible, there is always the risk that correlation/association might be viewed as 'blame'. Blame is certainly something that I've not intended in summarising such research and hopefully not interpreted that way by readers. Wearing the objective goggles of science, I would champion continued research on the possible mechanisms behind obesity and specific issues such as gestational diabetes when it comes to offspring outcomes, simply because they may provide important clues as to the underlying nature of at least some autism as well as other conditions [5]. I'd also suggest that when it comes to the topic of parental weight and something like offspring autism, one also might need to take into account other potentially important correlations too (see here).

[5] Hussen HI. et al. Maternal overweight and obesity are associated with increased risk of type 1 diabetes in offspring of parents without diabetes regardless of ethnicity. Diabetologia, April 2015.