Health and adults on the autism spectrum 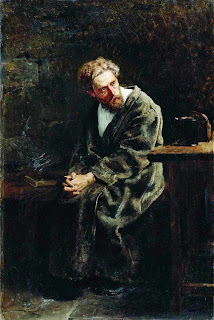 So said the study results from Lisa Croen and colleagues [1] who set out to "describe the frequency of psychiatric and medical conditions among a large, diverse, insured population of adults with autism in the United States." Said participant group was derived from the interrogation of data from Kaiser Permanente Northern California and included over 1500 adults with autism compared against 15,000 non-autistic controls. Diagnosis of autism, by the way, was via ICD-9 codes - "299.0, 299.8, 299.9" - that had to be mentioned at least twice in participants' medical records.

Alongside the over-representation of various medical conditions in participants diagnosed with autism, researchers also reported that: "Adults with autism had significantly increased rates of all major psychiatric disorders including depression, anxiety, bipolar disorder, obsessive-compulsive disorder, schizophrenia, and suicide attempts." They concluded: "Future research is needed to understand the social, healthcare access, and biological factors underlying these observations."

For many people either on the autism spectrum or interested in autism these data are not likely to be new news. That a diagnosis of autism might place someone at some heightened risk of both medical and psychiatric / behavioural comorbidity has been covered extensively on this blog (see here) with more data being published almost daily [2]. If there is some novelty allied to the Croen results, it is the shift to focusing on adult presentation and not just the descriptions of children on the autism spectrum. The additional idea that 'healthcare access' for example, might be something requiring a little more thought as a function of such results is something that has also been recently explored (see here).

As per other discussions about how 'optimal outcome' might not necessarily mean 'symptom-free' (see here) and the realisation that various comorbidity might be profoundly 'disabling' for quite a few people on the autism spectrum (see here), so the pace picks up on the notion that 'the label of autism does not appear in a diagnostic vacuum'...

Music: The Disposable Heroes of Hiphoprisy - Television, the Drug of the Nation.