9% of those diagnosed with autism might have optimal outcome? 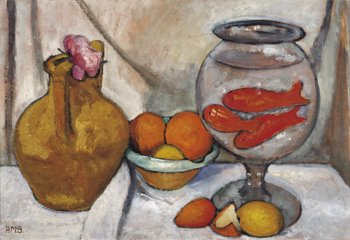 "Although for many children, Autism Spectrum Disorder (ASD) is a lifelong disability, a subset of children with ASD lose their diagnosis and show typical cognitive and adaptive abilities."

Unfortunately, that sentence taken from the report by Emily Moulton and colleagues [1] including one Deborah Fein on the authorship list, is not likely to be taken well by some people. Indeed, the whole concept of 'optimal outcome' with autism in mind (see here) has sometimes been met with outright hostility despite this being peer-reviewed science that, on occasion, has been independently verified (see here and see here). I can't say for sure why optimal outcome (OO) has not been received in the manner it should have been but I'd guess that dogma might have something to do with it (yet again). That some commentators have also made throw away comments to the effect that 'they were never autistic in the first place' I think, does a real disservice to an important group of people who were, very definitely, at some time on the autism spectrum. Heterogeneity people, heterogeneity.

No mind. The findings reported by Moulton et al add to a considerable bank of data suggesting that those with OO might be an important research focus for autism. This time around some 200 children "with an ASD at age two who were reevaluated at age four" are discussed and how most (~80%) retained their ASD label between the two testing occasions. But, and it is an important point: "9 % showed "optimal progress": clear ASD at age two but not at age four, and average cognition, language, communication and social skills at age four." The Masters thesis of Moulton can be read here containing more details.

Although requiring much more study, the idea that nearly one in ten children on the autism spectrum might 'lose' their diagnosis sounds quite important to me. Further: "Early child-level factors predicted optimal progress: diagnosis of PDD-NOS [Pervasive Developmental Disorder - Not Otherwise Specified], fewer repetitive behaviors, less severe symptomatology and stronger adaptive skills." A roadmap for where early screening and importantly, intervention might want to focus perhaps? Bear in mind that there may be other factors too [2].

There remains still quite a bit to do in this area before textbooks are re-written and the like. Personally, I'd also like to see a little bit more information about medical history included in future write-up and whether variables such as onset of symptoms might play some role in OO. Y'know, when something like infection has/had been 'correlated' with symptoms onset (see here for example) or autism in the presence of ear infections (see here) to name a few potentially important variables. I'm also yet to see whether genomic analysis has been suitably applied to the OO group too, taking into consideration the importance of gene expression as well as the focus on structural genetics. I'd also be interested to see what happens as and when DSM-5 criteria are more consistently used with this group, particularly in terms of the social communication disorder (SCD) label (see here) and how many might 'move' rather than 'lose' a diagnosis.

I do also have to caution that OO does not mean that early developmental issues manifesting as autism or autistic traits might not still exert an influence on a person. The paper by Inge-Marie Eigsti and colleagues [3] confirms as much, bearing in mind that brain imaging is still in its infancy with autism in mind and the wide heterogeneity (and comorbidity) present in the spectrum that complicates matters.

Lots more to see and do methinks, including further analysis on just how important the figure '9%' might be to optimal outcome and autism [4] (or at least when it comes to the question of diagnostic stability). All that, set within the context of paying a little more respect to the experiences of an important group who were at one time, part and parcel of the very wide autism spectrum.

And while I have you, I'd like to draw your attention to a new report from the folks over at Treating Autism in conjunction with Queen Mary University of London suggesting that 'could do better' is the mark awarded for access to good quality health support for those on the autism spectrum here in Blighty.