The case report detailed by William Eaton and colleagues [1] illustrating how a gluten-free diet might not just be the treatment of choice for the autoimmune condition coeliac (celiac) disease is served up for your consumption today. 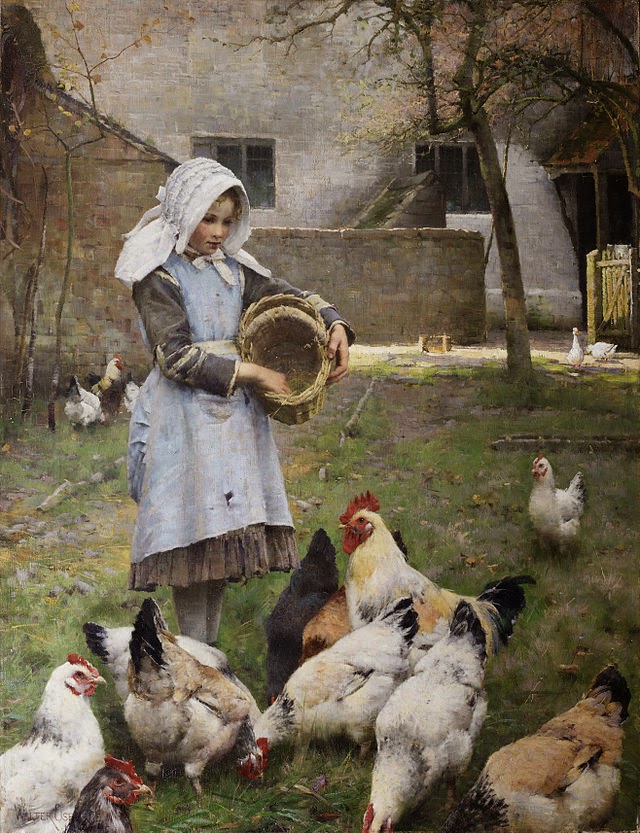 The authors report the story of 'Chris' an 8-year old boy who experienced various symptoms including "intermittent auditory and visual hallucinations" then moving later in his life to being hospitalised and eventually diagnosed with "major depressive disorder with psychotic features". Accompanying his behavioural presentation, we learn that Chris had a blood test showing "the presence of antinuclear antibodies (ANAs)" and later IgE antigluten antibodies. ANAs are generally reported in the context of autoimmunity and specifically related to conditions such as systemic lupus erythematosus (SLE). Chris however "had no symptoms of any autoimmune disease". IgE antibodies to gluten is reflective of an allergy / type 1 hypersensitivity to gluten. This is probably also why gluten was removed from his diet at the behest of his mother who just happened to be a dietitian.

"After the dietary change, the intensity of Chris's auditory hallucinations declined dramatically and the violent element diminished". It was also after this point that he was discharged from hospital. The authors discuss how over the course of 2 years on a gluten-free diet, Chris's symptoms continued to abate, further suggesting some relationship between gluten and psychiatry. This change also had an impact on the prescription of antipsychotic medication and his eventual withdrawal from the use of risperidone.

There is also another twist to this tale. Those ANAs which has previously been reported eventually led him to receiving a diagnosis of "autoimmune inner ear disease", something that had been kinda seen in one of his extended family members. Indeed, some further inspection of his medical family tree suggested that both autoimmune disease and psychiatric conditions were not an uncommon finding.

As per other case studies talked about on this blog, one has to be slightly careful in how the experiences of Chris are discussed so as not to over-generalise. I am not for example, saying that every case of major depressive disorder with psychotic features is a 'diet thing' nor that autoimmunity might 'correlate' with such behavioural features despite other suggestions (see here). That being said, the sorts of testing undertaken on/for Chris - conducting an MRI scan and looking at EEGs onwards to looking for some of the potential tell-tale signatures of issues with gluten (including coeliac disease) - might be something that clinicians charged with the care of people presenting like Chris would like to emulate. I would definitely like to see more research in this area too (see here).

This is not however the first time that the potential extra-intestinal effects of gluten have discussed with psychiatry and behaviour in mind on this blog. I'll draw your attention to the entry talking about another case report highlighting how gluten consumption might have had something to do with a case of OCD and tics (see here). This follows other work venturing into the realms of schizophrenia (see here) and even cases of autism (see here).

With the introduction of schizophrenia into discussions, I also note an interesting addition to the authorship of the Eaton paper (who himself has some research form in this area) with the name 'F. Curtis Dohan Jr'. Those of you who have heard about the late Dohan Sr (his father) and his insightful work looking at a possible relationship between gluten and psychiatry (see here) might know that Dr Dohan Jr has kinda followed in his father's footsteps. I actually had the good fortune to email converse with Dr Dohan Jr and briefly discuss the family research legacy a few years back. Let's just say that after that conversation, I remained an avid fan of this research topic.

Just before I let you go, outside of the idea that receipt of a psychiatric / behavioural label should be a starting point to further inquiry not an endpoint (where have I heard that before??) I do think we need to be asking quite a few more questions about why there might be a link between behaviour, immune function and food. The opinion piece from Moises Velasquez-Manoff (see here) covers quite a bit of the work done in this area including how coeliac disease might not always be confined to a gastrointestinal (GI) presentation. "Rather than celiac disease driving autoimmune brain problems, he thinks, distinct autoimmune diseases are likely to cluster in the same individual. Avoiding gluten won’t entirely mend these patients" is one of the quotes used, which nicely brings me back to the another 'old friend' of this blog, gut hyperpermeability (leaky gut) as a potentially important bridge and an important part of the triad that includes gut bacteria and mucosal immunity. Oh, and the idea that outside of coeliac disease, there might be a whole range of [non-coeliac] gluten-related conditions to consider...

To close: Pavement and Cut Your Hair.