Should anyone be concerned about pathological video game use in relation to autism? 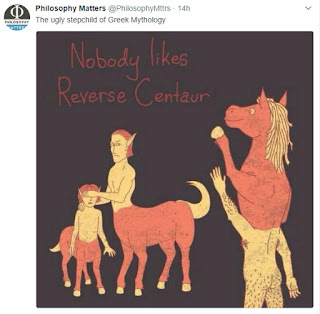 So concluded the paper by Christopher Engelhardt and colleagues [1] (open-access) looking at an interesting issue - "whether adults with autism spectrum disorder (ASD) are at higher risk for pathological game use than typically developing (TD) adults" - based on reports from some 120 participants with and without a diagnosis of autism. Including one Micah Mazurek on the authorship list (who has previously talked about the effects of screen time and autism), researchers delved into self-reported time spent playing video games based on data collected from a cohort "participating in a larger study on violent video game effects" [2]. The average age of participants (with and without a diagnosis of autism) was round about the 20 years old mark.

Results: both on weekdays and weekends, the typical hours of game play were different between the groups of those with autism and those without. Interestingly, authors used a slightly different statistical approach to the traditional "null hypothesis significance tests and 95% confidence intervals" via their use of "Bayes factors to state evidence for or against our predictions" to analyse their data. Bayes and Bayesian teachings provide an alternative to the 'frequentist' considerations in treating data. Alongside asking about game play time, researchers also asked participants to complete a questionnaire on "pathological video game use" that was based on "another behavioral addiction (pathological gambling)" and covered various aspects: "salience, euphoria or relief, tolerance, withdrawal, conflict, relapse and reinstatement."

"The results indicated that adults with ASD endorsed more symptoms of video game pathology than did TD adults. This relationship was strong, enjoying 300,000-to-1 odds in Bayesian model comparison." Such sentences kinda say it all. Risk of pathological video game use was quite a bit more likely in those with autism than those without, and 'escapism' was also reported to be an important reason for such extended use.

I do want to be a little careful in this post not to (a) demonise - pathologise - video game playing and/or (b) isolate those on the autism spectrum as being 'unique' in their video gaming habits. Personally, I don't see an issue if people want to spend large sections of their days playing video games as opposed to watching television or sitting down reading a book (reading in particular, is another fine example of escapism) or doing anything else. This was a study of adults doing what many millions of people do every day, so they should have the right to do as they please in this context. With the wonders of modern technology, gaming today is also not necessarily a socially-isolated pastime so one has to be quite careful about making any sweeping generalisations in that respect too.

I have however, always been a little worried about this and other research on screen time use in the context of autism and what detrimental effects it might have for a person's physical health. Everyone is prone to a degree of 'couch-potatoing' (i.e. loafing of the sofa for hours on end) but when people are talking about nearly 3 hours every day gaming, presumably sat on a couch/sofa, this really can't be doing anyone any good in terms of their long-term physical health. We're all being told to move more (see here) and given the data emerging when it comes to the physical activity patterns of rather a lot of people on the autism spectrum (see here), there are some good grounds for encouraging more movement and more physical activity minus any nanny-stating. I appreciate that sports and exercise is not everyone's cup of tea and in particular, more needs to be done in making physical activity more attractive to many groups of people including those on the autism spectrum (see here). Efforts should continue to ensure a balance is struck between times of sedentary behaviours typically associated with gaming and times of engaging in physical activity; as far as I can see, Engelhardt et al did not ask about physical activities or other related pastimes on this research occasion. Indeed, although I am still a little apprehensive about the use of exergaming, I do wonder if this could be a good bridging point on the road to balance...

Music to close: Shape of You by Ed for one of my brood who seems to be looking forward to becoming a kumite specialist (when she graduates from Ippon kumite).