Paracetamol for fever 'associated' with autism? 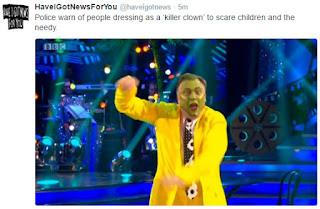 "In this study, we again show that acetaminophen use is associated with ASD [autism spectrum disorder]."

That was one of the results reported by Stephen Schultz & Georgianna Gould [1] (open-access available here) as part of their survey of the US "National Database for Autism Research (NDAR) of the National Institute of Mental Health (NIMH)" looking at "whether ASD is associated with acetaminophen use." Acetaminophen by the way, is another name for paracetamol, the over-the-counter pain relief medication that is going through some turbulent times at the moment (see here for example).

Shultz & Gould - one of whom has some research form in this area [2] - eventually relied on information for 118 children diagnosed with an ASD and 79 'non-ASD' children with an average age of about 11 years old. The sorts of data they looked at surrounded the parental choice of medication to treat fevers (I think) including whether paracetamol, ibuprofen or aspirin were used. I have to say that the authors could have made the methodology behind their analysis a little bit clearer in terms of how the questions were posed and to whom rather than just referring to another study with regards to participant selection for example. I had to go fishing for various details which is guaranteed to furrow my brow...

Results: well, I'm slightly puzzled it has to be said. When it came to questions about paracetamol use (I use the term paracetamol 'cos that's what us Limeys are used to) between the ASD and non-ASD groups I didn't see too much difference overall. Take for example the questions about 'only using paracetamol' for fever or 'first choice' use for fever. The percentage figures for the ASD and non-ASD group were 15% and 12% respectively for 'only use this' and 35% and 46% respectively for 'first choice'. Given the participant numbers, I'm not sure that these stats are so wildly different. Yes, I appreciate that when it came to the question about 'rarely or never using' paracetamol to treat fever, 17% of those with ASD reported positive to this question compared with only 3% of controls, but does this really tell us much about very different patterns of paracetamol use?

I do think there is a 'where next?' discussion to be had when it comes to the idea that paracetamol use might be linked to 'some' autism. Given the growing research interest in paracetamol use and a 'hyperactive phenotype' of autism (see here), this stalwart of pain relief is deserving of much further inspection in relation to autism. Shultz & Gould do offer one possible research direction based on some speculation about the how the endocannabinoid system might fit into this (something mentioned by other authors too). I am interested in the hypothetical situation they conclude their paper with implicating the endocannabinoid system and how paracetamol might affect 'endocannabinoid tone' but to what extent is perhaps another question.

Just before I finish on this topic I'm minded to bring to your attention another detail from the Shultz / Gould paper with regards to the sentence: "children with ASD vs. non-ASD children are significantly more likely to show an increase in sociability when they have a fever." I've always thought the observations on behaviour and fever when it comes to [some] autism to be quite important (see here). Speculation that "this increase [in sociability] is due to anandamide activation of the endocannabinoid system in ASD children" is also ripe for further scientific investigation...

It's been a while but here is some music to close: Mrs Robinson.