Yet more on potential biomarkers and chronic fatigue syndrome 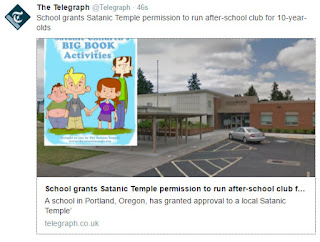 'Thick and fast' is probably the best way that I can describe the flurry of peer-reviewed scientific papers recently appearing (see here and see here for examples) talking about how chronic fatigue syndrome (CFS) (also linked to the diagnosis of myalgic encephalomyelitis, ME) might have some important biological processes attached to it.

Now we can add the findings reported by Federica Ciregia and colleagues [1] (open-access) to the list and their observations that "the identification of biomarkers present in particular subgroups of CFS patients may help in shedding light upon the complex entity of CFS."

The Ciregia paper is open-access but well-worth a few inches of discussion on this blog. Not least because (a) the word 'mitochondria' is part and parcel of the their findings in line with other research in this area, (b) one of the gold standards of analytical chemistry - liquid chromatography mass spectrometry -  was used, and (c) some of the findings are based on a study of twins: "a patient suffering from CFS in comparison with his healthy monozygotic twin." This mirrors other similar published work from this authorship group [2].

So, using a discovery/training and validation approach similar to other biomarker studies in other areas, researchers initially set out to "study the mitochondria extracted from platelets of the twins" using "nano-liquid chromatography electrospray ionization mass spectrometry (nano-LC-MS)." They were looking for evidence of different compounds being presented/expressed in those twins diagnosed with CFS compared with their non-affected twin and eventually came up with 41 proteins - "34 were upregulated in CFS and 7 were downregulated" (see here for the list of compounds).

Using a process called Ingenuity Pathway Analysis (IPA) "to retrieve the known functions of each protein" authors were able to visualise where each compound 'fitted' in terms of specific biological functions. The top three included: "metabolism of isocitric acid..., metabolism of NADH... and metabolism of nucleic-acid component or derivative." Certainly NADH has some 'history' when it comes to CFS/ME (see here).

Then came the validation side of the study where "the most promising biomarkers were validated by western blot [WB] analysis in a big cohort of patients, using whole saliva (WS)." Here some 45 patients diagnosed with CFS ("based on the classification criteria of Fukuda et al") were recruited alongside 45 not-CFS controls and spit samples from all were analysed for "aconitate hydratase (ACON), ATP synthase subunit beta (ATPB) and malate dehydrogenase (MDHM)." Two proteins, ACON and ATPB. were replicated or at least "consistent with the results from nano-LC-MS."

Finally, researchers looked at whether presented clinical features as described in various questionnaires delivered to participants might play a role in the presentation of their biological results. They did see something (see here) - "For each marker, the values were actually higher in the group of patients who had clinical features similar to the ill twin" - but I would be minded to suggest that quite a bit more work is needed before anyone reads too much into this as the results stand.

So, there you have it. A little bit more evidence to suggest that science is edging a little closer to potentially identifying some of the biology behind (or least associated with) at least some CFS (and ME). A little bit more peer-reviewed evidence moving the discussions away from 'psychosomatic' [3] to something a little more testable/analysable with CFS/ME in mind (I'll be coming to the paper by Geraghty & Esmail soon enough on this blog by the way). Independent replication is the next step, onwards to potentially "developing tailored treatments." That bearing in mind, we already have some emerging data in this area too (see here) (with no medical advice given or intended).

And just in case you want yet more potential biomarker research for CFS, here's another paper that has just been published [4]. Thick and fast people, thick and fast.

So, there is a new trailer for Rogue One (A Star Wars story)...