Taekwondo training and balance in autism 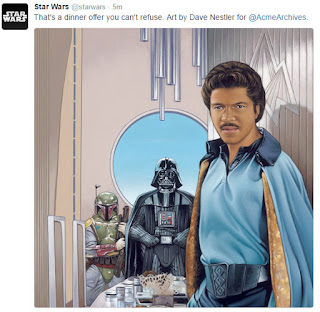 "Our findings suggest that TKD can be a fun, feasible, and effective therapeutic option for balance improvement of children with ASD."

So said the results of the study by Yumi Kim [1] (open-access) looking at whether the Korean martial art might be able to help with aspects of some of the very important movement issues that can be associated with a diagnosis of autism.

Based on quite a small participant group (N=14) where 8 children diagnosed with an ASD "completed the TKD intervention twice per week for eight weeks (50 min per session)" and 6 served as a 'no intervention' control group, researchers looked at various measures of balance using the "NeuroCom Balance Master."

Again keeping in mind the small participant groups, there did appear to be some short-term benefit on aspects of balance following the use of TKD training. Specifically: "Following the TKD intervention, children with ASD showed balance improvement during right single leg stance under eyes closed condition compared to those who did not participate in the intervention." Also: "Children with ASD in the TKD group also improved their balance during left single leg stance under eyes open condition compared to their baseline performance" bearing in mind that there were some changes to balance variables for the control group too (albeit not significant). Insofar as what happened to autistic traits/symptoms as a consequence of the intervention (or not), well the words "we did not have any clinical measures of symptom severity of ASD" tell you all you need to know.

Regular readers to this blog might have already know that I am a bit of a fan of how participation in the martial arts might be something suited to at least some people on the autism spectrum (see here for example). Several components of the martial arts might be useful outside of just 'knowing how to handle yourself' including: (a) the focus on repetition and routine (certainly in karate there is a lot of this with respect to kata and kumite) all bound to 'specific rules', (b) the combination of aerobic and anaerobic exercise being pretty good for keeping physically and mentally active (important for some autism or at least some comorbidities) and (c) the 'motor' advantages of the martial arts; something that is being talked about a lot more these days with autism in mind. As a sport or pastime, the martial arts have some significant draws for many groups of people.

There is more research to do in this area not least to work on improving the research methodologies of studies on the use of martial arts when it comes to autism. So say for example, rather than just having a 'treatment as usual' arm, how about pitting some of the martial arts against each other (for science of course) or even comparing them with some of the 'softer edges' of the arts (see here) to provide some more detailed information. As per some of the various studies looking at karate training and autism, I'd also be minded to say that monitoring the presentation of autism (or comorbidities) over the course of training might be a good thing too as is some further inspection on whether particular movement diagnoses potentially accompanying autism might also be important [2]. There is lots more to see and do in this area.

To close, some karate kata set to music and a question: how many kata can you name? I'll start you off.. Enpi.