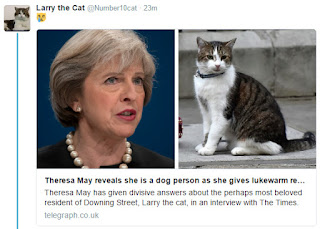 Meta-analyses eh? You spend ages waiting for one and two come along in quick succession. Well today I'm posting about yet another meta-analysis of the peer-reviewed scientific literature suggesting that "excessive maternal BMI [body mass index] is associated with an increased ASD [autism spectrum disorder] risk in offspring." [1]

The review by Ying Wang et al follows hot on the heels of the meta-analysis by Li and colleagues [2] (see here for my take) but further looked at "the potential association of different category of BMI including overweight and underweight with ASD risk" among other things. BMI by the way, is a rough and ready way to quantify how much of a person there is according to height and weight. Whilst a useful statistic, it is not without its issues.

After taking into account data from "6 cohort studies and 1 case-control study involving 8,403 cases and 509,167 participants" the authors unsurprisingly came to the same conclusion as Li and colleagues that a higher BMI seems to confer more [relative] risk for offspring autism as an outcome. Authors even included a nice graphic (see here) suggesting something of a dose-response relationship between the two variables (based on data from four of the studies included in their meta-analysis).

What's more to say? Well, 'The maternal body as environment in autism science' returns into the frame and questions about possible mechanisms need to be asked/answered. No, such findings don't mean (a) every mum with a child with autism was overweight or obese before or during pregnancy or (b) every overweight or obese mum will have a child with autism: "Compared with children whose mothers were at normal weight, children born to overweight and obese mothers have a 28% and 36% higher risk of developing ASD, respectively." Such data does however open the door to the idea of foetal programming when it comes to potential offspring outcomes and how elevated BMI as possibly linking to facets of metabolic syndrome for example, might have some role to play for some (see here).