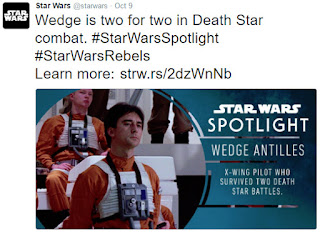 A fairly quick post for your reading delight today as I bring the paper by Miller and colleagues [1] to your attention suggesting that: "Early intervention targeting language and motor skills may improve later achievement in this population."

'This population' referred to a small cohort (N=26) of children diagnosed with an autism spectrum disorder (ASD) who were examined "at the approximate ages of two, four, and ten" years with regards to their academic achievement and the variables that might be important to 'successful' achievements.

Including some familiar names when it comes to the concept of 'outcome' in relation to autism ('optimal outcome' that is), researchers determined a few potentially important relationships from their collected data: "Preschool verbal abilities significantly predicted school-age reading comprehension" and "early motor functioning predicted later math skills."

I'm not entirely surprised that infancy verbal (talking) abilities might play a role in later reading comprehension but I was rather more intrigued by the observation potentially linking motor skills to later maths abilities. Yes, I get that children learn to count on their fingers (and toes) and no doubt this and other scenarios might influence the connection between the two, but it strikes me that this connection requires quite a bit more study [2]. Indeed, welcoming the idea that motor skills are an important issue with regards to autism (see here) and that maths ability is 'as varied as the label of autism is itself' (see here) the idea that the archetypal all-rounder that is the occupational therapist (OT) might have a key role here is rather interesting (see here).

I'm also minded to suggest that a certain sport/discipline that I'm particularly fond of on this blog (the martial arts) might have some rather far-reaching 'mathematical' effects if one considers it's application to autism and motor functioning...

To close, Marvel are going full-strength with their next Wolverine film instalment titled 'Logan'...