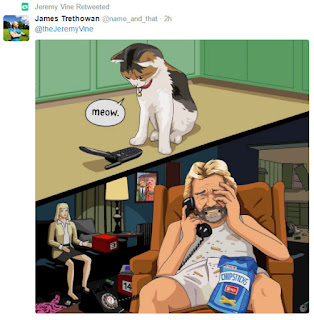 I'm not gonna dwell too much on the findings reported by Lee and colleagues [1] talking about how "toddlers who suffer from AD [atopic dermatitis] at the age younger than 3 years are at a higher risk of developing ADHD [attention-deficit hyperactivity disorder] and ASD [autism spectrum disorder] during later childhood" because science already seems to understand that there may be an important connection between early allergic disease and later offspring behavioural/developmental outcomes (see here for example).

That the Lee data is derived once again from the 'big data' powerhouse that is Taiwan - specifically the National Health Insurance Research Database (NHIRD) - makes the findings that little bit more 'believable' given the numbers and processes involved in collecting said information.

"Children from the AD group with 3 comorbidities together, namely, allergic rhinitis, allergic conjunctivitis, and asthma, had the greatest risk of developing ADHD and ASD." Within statements like that it is getting progressively more difficult to downplay the impact that immune function (or immune response?) might have to quite a few people diagnosed as on the autism spectrum or with ADHD (or both). Further, that for some the 'treatment' of certain allergic symptoms might also impact on behaviour/development (see here and see here for examples) provides an important roadmap for further investigations in this area and the identification of who might be 'best responders' for such intervention (with no medical advice given or intended).

"Pediatricians taking care of toddlers with AD should have knowledge of this increased risk of developing ADHD and ASD later in life, especially when children have certain comorbidities such as allergic rhinitis, allergic conjunctivitis, and asthma." Who would disagree, bearing in mind that the spectrum of potential correlates linked to early life allergy may be pretty wide?

To close, some words of wisdom: "there is no good reason for self-conscious farters to avoid fibre."