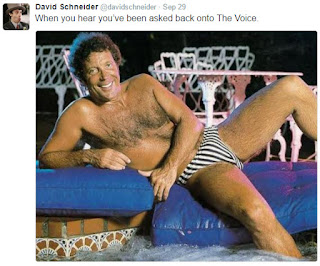 I don't want to labour any points raised by the review of studies published by Erika Saunders and colleagues [1] looking at fatty acids and bipolar disorder but there does seem to be a familiar ring to the current evidence base on how for at least 'some' cases of bipolar disorder, there may be something of a fatty acid element to the presentation of symptoms.

I say familiar because not so long ago on this blog I was discussing how a particular type of fatty acid - a particular omega-3 fatty acid - might show some clinical 'promise' in cases of depression (see here). Assuming that bipolar disorder - "formerly known as manic depression, is a condition that affects your moods, which can swing from one extreme to another" according to the NHS Choices entry on the condition - is not a million miles away from some of the depression cited by Hallahan et al [2], one might see something of a connection or two potentially uniting findings.

Saunders et al reported that their review of the current peer-reviewed literature (up to about 2015) found some support for: (a) "low n-3 red blood cell PUFA concentrations and correlations with clinical severity in studies of plasma concentrations in symptomatic bipolar disorder" and (b) "published n-3 PUFA dietary supplementation trials for bipolar disorder indicate efficacy in treatment for mania or depression." The main caveat on the last point being that depending on the trial type (open trial vs. randomised controlled trial) there were a mixture of results. One has to be quite careful.

Mechanism of effect? Unknown at present but one gets the impression that fatty acid chemistry intersecting with immune system involvement (i.e. inflammation or inflammatory processes) might be a front-runner given what has been previously discussed in this area (see here). Again, there is a research agenda to be followed.

Obviously no-one is suggesting that taking fatty acids or 'adjusting' fatty acid levels is going to be some sort of cure-all for bipolar disorder or anything else. But such results as well as adding to the increasingly important concept of nutritional psychiatry (see here) offer some further intriguing avenues when looking at such an important condition. That also includes in cases of bipolar disorder appearing alongside other diagnoses (see here) too...