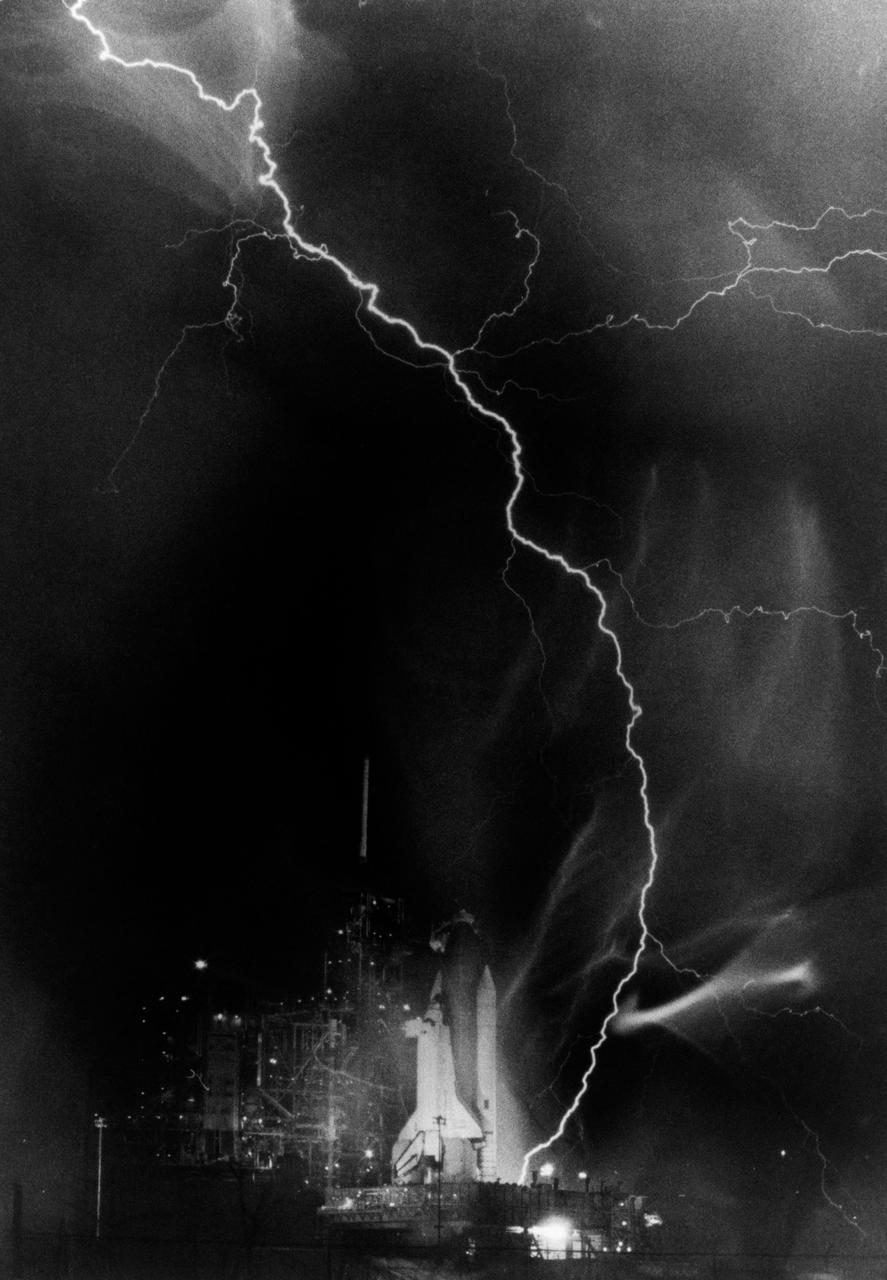 Even before the publication of the results by Esther Crawley and colleagues [1] I had already seen quite a few discussions on the use of the Lightning Process being applied to the label chronic fatigue syndrome (CFS) (see here for example).

A trial protocol [2] and some additional 'building work' [3] on this topic had already been published in the peer-reviewed domain, talking about how use of the "Phil Parker Lightning Process® (LP)" developed from "osteopathy, life coaching and neuro-linguistic programming" was already reported in the context of CFS (and CFS/ME - myalgic encephalomyelitis) and the requirement to study it given "no reported studies investigating the effectiveness or possible side effects (for example serious adverse events) of the LP."

The theory behind the LP is that of training individuals "to recognize when they are stimulating or triggering unhelpful physiological responses and to avoid these, using a set of standardized questions, new language patterns and physical movements with the aim of improving a more appropriate response to situations." In short, I don't think it's unreasonable to say that the biopsychosocial (BPS) view forms part of the methodological basis for the intervention. Alarm bells were already starting to ring (see here).

The Crawley results have been posted across the lay media, with headlines such as 'Controversial Lightning Process helps children with chronic fatigue syndrome' and 'Chronic fatigue therapy 'could help teenagers', study says.' Interestingly however, various counter viewpoints about the trial have also been included in such reports, as per quotes such as "The over-simplistic and largely psychological model of ME/CFS causation that is being put forward to patients by Lightning Process practitioners is totally out of step with emerging scientific evidence as to its cause." Even expert opinion has it's own worries about the trial and it's subject matter. I'll come back to all that shortly.

So what did the study actually do and find? Well, teens with mild/moderate CFS/ME were the target study group (100 of them): "Children were diagnosed with CFS/ME after a thorough assessment which included screening for other disorders associated with fatigue." The authors noted that recruitment was 'problematic' when it came to this trial as per the note: "Fewer than 30% of eligible children were randomised. We do not know why the majority did not want to take part in the trial but it may be because they did not want to take part in groups or travel for three consecutive days." Diagnosis by the way, I assume followed the NICE guidance on the topic; the same NICE guidance that has seen a U-turn in recent days on the potential need for some reconsideration (see here). Real 'patient power' was behind this decision by the way.

Fifty-one of the 100 participants were allocated to receive specialist medical care (SMC) plus a few days LP training and the remaining 49 just received SMC. SMC by the way, again follows those NICE guidance "focused on improving sleep and using activity management to establish a baseline level of activity (school, exercise and social activity) which is then gradually increased." CBT - cognitive behaviour therapy - is also offered to those with "significant anxiety or low mood" and: "Participants could choose to use physiotherapist-delivered graded exercise therapy, which provides detailed advice about exercise and focuses on an exercise programme rather than other activities." The primary outcome of the trial was scores on the "the 36-Item Short-Form Health Survey Physical Function Subscale (SF-36-PFS)" at baseline and again at 6 months. Various other measures were also included as secondary outcomes looking at "pain, anxiety, depression, school attendance and cost-effectiveness from a health service perspective at 3, 6 and 12 months."

Results: "It is the first trial that has demonstrated the effectiveness of an intervention other than CBT for paediatric CFS/ME." Although it is debatable whether CBT is as 'effective' an intervention for CFS/ME as many people might think (see here for a real world perspective on this from some of the authors on the current paper and see here for other findings), the results did seemingly show a difference between the groups when it came to mean SF-36 physical function scores in favour of the experimental group. The margin of the group difference was significant and authors noted that: "There was little evidence that the effect of LP+SMC compared with SMC on the primary outcome differed according to baseline age, anxiety or school attendance." The caveat to all this is the reliance on patient-reported outcomes and the unblinded nature on the trial that "may have been affected by participants’ knowledge of the group to which they were randomised." As other commentators have noted (see here again) 'positive expectations' seem to be part-and-parcel of the LP method and it's not inconceivable that these might have subsequently affected patient scores. Further comment from the authors that "it would be unethical to have a control group without treatment"as part of their study is to some extent justified but does not discount the idea that other, non-psychological interventions, could have been pitted against both SMC and the LP+SMC (see here for one double-blind, placebo-controlled example). Indeed, I'd like to see more of such comparisons in further study.

When it came to another important part of the study - adverse effects - authors specifically noted that: "Physical function at 6 months deteriorated in nine participants, of whom eight were in the SMC arm." They also reported on a few instances of adverse events but concluded that generally both study arms were considered safe over the course of study.

From a scientific point of view, the Crawley results provide some support for the use of the LP + SMC in the context of [some] teen CFS/ME. The authors noted that they don't know whether their results are likely to generalise to more severe cases of CFS/ME or indeed those younger than 12 years old, and offer little in the way of explanation as to why they got the results that they got (i.e. "Further research is needed to understand why LP improves outcomes at 6 and 12 months and which aspects of the LP contribute to its effectiveness.") I'm not however totally sold on the idea that the LP is "teaching people to use their brain to “stimulate health-promoting neural pathways”" as an explanation for the the findings, but would be willing to concede should the relevant (MRI?) scientific evidence ever emerge. As an aside, quite a lot of the research with a BPS slant to it with regards to CFS/ME could benefit from the odd physiological measures now and again just to see what may or may not be being affected...

Bearing in mind the [long] history of medical involvement in CFS/ME and the often detrimental focus on things like the BPS model [4] with regards to the condition, it's not a surprise that even despite 'positive' results, the SMILE trial has not been received with open arms by quite a few. Problems with trial recruitment? Well, one might opine that this could have had something to do with the subject matter and that BPS-type implication behind the trial potentially putting people off. Other more qualitative reports on the use of the LP in the context of CFS/ME [5] have hinted at issues with things like the "secrecy surrounding it, and feelings of being blamed if the treatment did not work" that hardly provide a great endorsement for getting involved. Yet again, the burden of CFS/ME is seemingly being placed on the person, with only little regard for the fact that there is a growing body of evidence to suggest that biology trumps psychology when it comes to the presentation and perpetuation of symptoms for many (see here). All the positive feelings, thinking and 'reprogramming' in the world are probably not going to fundamentally alter such biological (medical) issues as per other examples in the research literature (see here). Given also that science does not exist in a social or cultural vacuum, and past scientific experiences when it comes to treatment options for CFS/ME (see here) I wonder if perhaps a new direction needs to be taken - particularly here in Blighty - whereby as many resources and research interests are put into trying to understand the biology of the spectrum that is CFS/ME as are seemingly being dedicated to looking at and tackling the psychology of CFS/ME.

Parity in biological and psychological research is the real 'mind-body' stuff when it comes to CFS/ME...