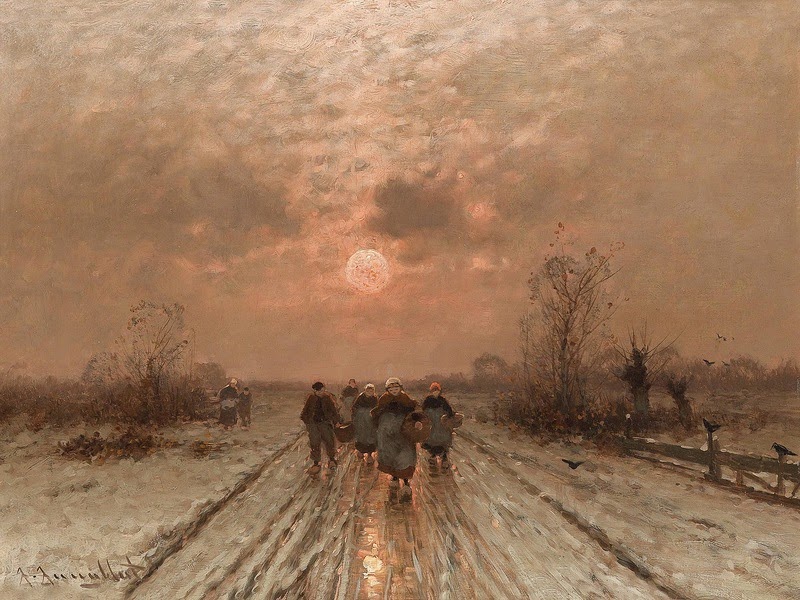 Of the various directions away from autism research that I tend to take on this blog, discussions based on the collected [peer-reviewed] research literature on Gulf War Syndrome will always retain a special interest (see here). Not least because here we have a group of some of our bravest men and women who went out to liberate Kuwait in the early 1990s and who came back home in an often quite appalling state and thereafter basically left to rot.

I know that might all sound a little dramatic but after having met one or two veterans down the years and seen first hand how their health and well-being has been affected following their deployment to the Persian Gulf all those years ago I'm just telling it like it is. As much due to political reasons as scientific ones, the plight of these veterans - who really only want to know what happened to them and some acknowledgement that something 'did' happen to them outside of it being wholly 'psychosomatic' - has been the source of much controversy and debate down the years. Now at last it appears that a consensus based on the available science might have been reached [1]: "the research to date supports the conclusion that veterans are suffering from a "persistent pathology due to chemical intoxication.""

The paper by Roberta White and colleagues (someone not unfamiliar to Gulf War research) carries that conclusion and is open-access for all to read. Following a lengthy review of the various exposures that faced veterans and the likelihood of them (adversely) affecting their health, the authors detailed a few 'bottom lines'.

"Between one-fourth and one-third of deployed GW [Gulf War] veterans are affected by a disorder characterized by chronic symptoms involving multiple body systems; this condition is best identified by the term GWI [Gulf War Illness]."

"This disorder was caused by toxicant exposures, individually or in combination, that occurred in the GW theater. At present, research most clearly and consistently links pesticide and PB [pyridostigmine bromide] exposures to GWI, while exposures to low-level nerve gas agents, contaminants from oil well fires, multiple vaccinations, and combinations of these exposures cannot be ruled out."

"Further research into the mechanisms and etiology of the health problems of GW veterans is critical to developing biomarkers of exposure and illness and preventing similar problems for military personnel in future deployments; this information is also critical for developing new treatments for GWI and related neurological dysfunction."

I'm sure you'll agree that these are pretty important conclusions. That also the authors talk about the potential overlap between GWI and other states specifically related to exposure to organophosphate (pesticides) such as during pesticide application (see here) or during sheep dipping (those with so-called dippers flu) is another important element. I say this not to somehow come down too hard on organophosphate (OP) pesticides, which serve an important purpose in modern agriculture and the like, but merely to reiterate that (a) caution is needed in their handling and use, and (b) they are chemically-speaking, not a million miles away from some of the most toxic nerve agents the world has ever seen. Indeed, with all the talk about Zika virus these past weeks (see here) I'm minded to suggest that one might need some additional controls in place to ensure the safe use of OPs when controlling the insect carrier (see here).

Bundled alongside the various chemical exposures - and other events [2] such as exposure to depleted uranium - that might be linked to symptoms is the added suggestion that "multiple vaccinations" may have also played a role in the presentation of the condition for some [3]. When I say vaccinations, the data suggests that these weren't just routine vaccinations against your typical childhood diseases, but rather included those aimed at a slightly more unusual disease set such as anthrax and plague (see here). The jury is still out on the extent to which these agents (singularly or combined) might have contributed to symptoms but I'm minded also to bring in the concept of ASIA (‘autoimmune (auto-inflammatory) syndrome induced by adjuvants’) that has been mentioned with GWI in mind (see here) as potentially being relevant.

Of course, more research is indicated on many aspects identified by White et al including the idea of some overlap between GWI and the presentation of chronic fatigue syndrome (CFS) [4] being careful with how wide we cast the CFS diagnostic net [5]. Alongside, perhaps one might think that an apology or two to some of our brave veterans wouldn't also go amiss from Government and others following various comments made down the years about the nature of their illness.

And for those who still might scoff at the idea of the 'toxic' effects of war, the chemical legacy of another campaign still continues to haunt some to this day...