On (pre)pregnancy obesity and inflammation and offspring autism risk 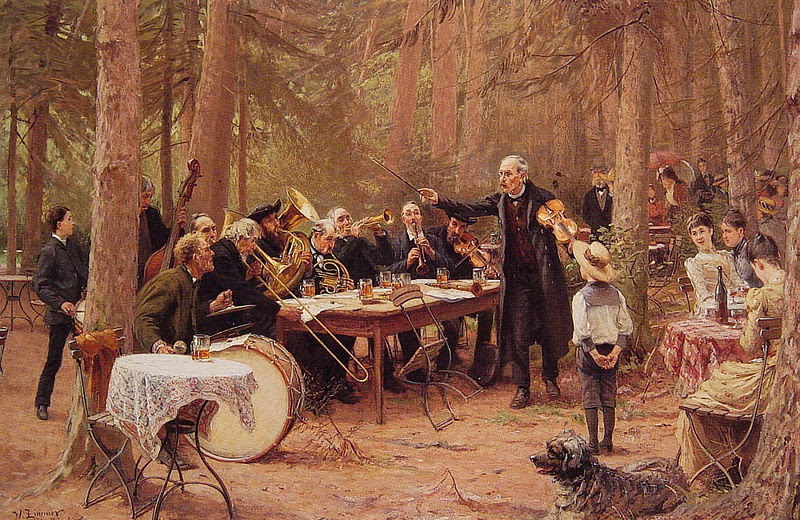 At the time of writing this [long read] post there has been a flurry of autism research articles making news.

The headline: 'Scientists create the first ever autistic monkeys' referring to the work published by Liu and colleagues [1] who reported on "lentivirus-based transgenic cynomolgus monkeys (Macaca fascicularis) expressing human MeCP2 in the brain exhibit autism-like behaviours and show germline transmission of the transgene" started the ball rolling. Anyone who knows a little bit about autism will realise that mutations in the MeCP2 gene generally refers to Rett syndrome. Whilst linked to the expression of certain autistic-like behaviours, Rett syndrome is but one part of the very heterogeneous spectrum called autism. I'd also suggest that other primate research had previously 'modelled' autism, or at least, certain facets of autism (see here).

Next up was the headline: 'Autism Diets: Can Nutrition Have An Impact On Autism Risk?' portraying the findings reported by Xie and colleagues [2] (open-access) who talked about inborn errors of carnitine metabolism potentially being linked to some autism. This follows some important research history in this area (see here) specifically linked to a gene called trimethyllysine hydroxylase, epsilon (TMLHE) (see here). Inborn errors of metabolism potentially linked to autism (some autism) is a woefully under-researched and under-screened area (see here).

And then we have two papers that make up the core of today's post. The first by Mengying Li and colleagues [3] continues something of an important theme in autism research circles these days on how mum's weight and risk of diabetes during pregnancy might have a bearing on offspring development [4], and specifically the risk of autism and comorbid learning disability. This time around researchers "examined the independent and combined effects of maternal prepregnancy obesity and maternal diabetes on the risk of autism spectrum disorder (ASD) in parallel with other developmental disorders (DDs)." They did this by analysing data - "a subset of the Boston Birth Cohort who completed at least 1 postnatal study visit at Boston Medical Center between 1998 and 2014" - and comparing rates of autism ("based on physician diagnoses as documented in electronic medical records") and other diagnoses "among 6 groups defined by maternal prepregnancy obesity and diabetes status." They found that yes, those mums who were obese and presented with pregestational diabetes (PGDM) had a [significantly] increased risk of offspring autism as were those with both obesity and gestational diabetes. Interestingly: "This pattern of risk was mostly accounted for by cases with co-occurring ASD and ID."

Before heading further into the potential whys and wherefores to account for the Li results, I want to bring in another paper making news. Gloria Choi and colleagues [5] report results that have created headlines such as: 'Autism caused by immune response to viral infection during pregnancy?' Accepting that again, the use of the singular term 'autism' in that media piece does little to accentuate the degree of diversity that the label includes and the various 'routes' that might bring someone to a diagnosis (see here for example), I found this to be an interesting paper.

Building on the idea that viral infection during pregnancy might be able to affect offspring risk of autism or other behavioural outcomes (see here), researchers set about looking at some of the possible mechanisms involved in this process. The work of the late Paul Patterson (see here) gets a mention in the Choi study write-up and the concept of maternal immune activation (MIA). Pregnant mice were initially artificially 'immune stimulated' and offspring were found to display the sorts of behaviours that had previously been mentioned in the science literature in this area. Researchers then took out some key elements of the cells involved in the inflammatory response to immune activation - specifically Th17 cells - and repeated the artificial immune activation procedure. Offspring mice did not appear to show the same behavioural issues as those whose mother mice possessed their Th17 cells intact. Further, when pregnant mother mice were given an antibody that blocks interleukin-17 (IL-17) (produced by Th17 cells), offspring mice also showed behavioural differences compared with those offspring whose mother mice received immune stimulation but nothing else. Ergo, the suggestion that: "therapeutic targeting of TH17 cells in susceptible pregnant mothers may reduce the likelihood of bearing children with inflammation-induced ASD-like phenotypes." The idea of an 'inflammation-induced autism phenotype' by the way is not a new one (see here).

Whilst remembering that mice are mice (and monkeys are monkeys) and so not necessarily able to model all of the complexity of human autism (and its important comorbidities), these are potentially important findings. I've covered the idea that immune function and inflammatory processes might be part and parcel of some autism previously on this blog (see here for example) as part of a larger shift in psychiatry circles (see here). Indeed, some of that research has specifically talked about IL-17 and at least some autism (see here for example) and the idea that levels might be increased compared to other groups. Insofar as the notion of blocking the effects of IL-17 (or Th17), I'm minded to suggest that we need a lot more data first before specific interventions are discussed or attempted including looking at compounds linked to the maturation of Th17 cells [6] as possible targets.

What the Li and Choi papers share in common are several variables. First is the idea that 'the nine months that made us' might indeed be an important time insofar as future behavioural outcome. Indeed the Li results also suggest that what happens prepregnancy might also exert a significant effect. Second is the notion that inflammation (or response to inflammation) in-utero might be an important concept for at least some 'types' of autism and indeed other future diagnoses (see here). If you're wondering what obesity might have to do with inflammation, well, let's just say that quite a few researchers/research groups believe there is an important link [7] and certainly some write-up on the Li paper makes that point. I say this acknowledging that Li and colleagues also noted the children with autism in their cohort were also more likely to be born preterm and with a low birth weight. Finally, is the question of whether disrupting inflammatory processes or responses particularly during critical times of prepregnancy and/or pregnancy might be something to look at with a view to altering any 'programmed' offspring autism or other risk. Appreciating that not everyone might receive this question the same way, I do think we need to have some frank discussions about this option. That Li and colleagues reported on prepregnancy obesity/diabetes as being particularly associated with autism and learning (intellectual) disability perhaps provides an important detail pertinent to the idea of improving child outcomes and quality of life (particularly if pregnancy inflammation translates into offspring inflammation and where that could lead).

Music, and what else but Terry Wogan and The Floral Dance. Rest in peace Sir Terry and not forgetting your best quotes...

[3] Li M. et al.  The Association of Maternal Obesity and Diabetes With Autism and Other Developmental Disabilities. Pediatrics. 2016. Jan 29.