Mitochondrial response to BCKDK-deficiency and 'some' autism 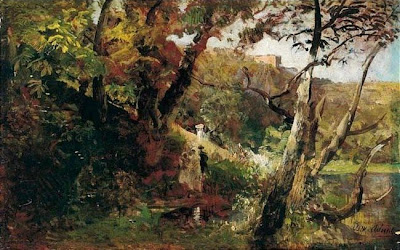 I'll admit to being pretty fascinated by the Branched Chain α-Keto acid Dehydrogenase Kinase (BCKDK) gene. As per previous blog entries about this gene (see here and see here) and the important biological step it plays in the metabolism of the branched-chain amino acids (BCAAs), at least one 'form' of autism might be particularly sensitive to issues with it [1]. I take it you've heard of the idea that the autisms (plural) might be a better description of autism? If you haven't, here is a peer-reviewed take on it [2]...

I'm happy to report that science continues to study this gene; its biology and it's associations with "a novel dietary-treatable form of autism" as per the findings reported by Oyarzabal and colleagues [3]. The focus of the Oyarzabal paper was to study the "mitochondrial response to the BCKDK-deficiency" potentially brought about for example, when there are issues with the BCKDK gene given its links to the mitochondria matrix. This work also takes on particular relevance given the idea that mitochondrial issues - mitochondria: the powerhouse of cells - might not be something entirely new to at least some autism (see here for example).

Anyhow, fibroblasts were the starting material and the measurement of "bioenergetics, ultra-structural and dynamics parameters" of fibroblasts from those who had BCKDK-deficiency. Although not totally au-fait with all the science included in the paper, the authors report results on: "a general bioenergetics depletion that could affect the mitochondrial dynamics and cell fate." They even reported complementary findings following a: "Knockdown of BCKDK gene in control fibroblasts" and mention of some findings relevant to maple syrup urine disease (MSUD) in light of the involvement of the BCAAs there. In short: "All these data gives us a clue to understand the positive dietary response to an overload of branched-chain amino acids."

This is an exciting area of autism research pertinent to the idea that (a) there may be various types of autism characterised by various different genetic and biological factors being involved, and (b) the possibility that at least some autism might stem from one or more inborn errors of metabolism is gaining ground (see here) and hence might be potentially 'treatable'. For that last point I'm minded to take you back to a recent post on phenylketonuria and autism (see here) and some more recent [peer-reviewed] research talking about 'Succinic Semialdehyde Dehydrogenase Deficiency Presenting as Autism Spectrum Disorder' [4]. Dare I even present the idea of carnitine issues falling into this area?

Screening for such inborn errors of metabolism seems to be the important conclusion; screening not assuming nor guessing nor making grand generalisations. Just screening.

Music: the glorious music accompanying the film Interstellar has to be the one for today in light of new discoveries in recent days...

Oyarzabal A, Bravo-Alonso I, Sánchez-Aragó M, Rejas MT, Merinero B, García-Cazorla A, Artuch R, Ugarte M, & Rodríguez-Pombo P (2016). Mitochondrial response to the BCKDK-deficiency: Some clues to understand the positive dietary response in this form of autism. Biochimica et biophysica acta PMID: 26809120
Posted by Paul Whiteley at 07:52