The Autism-Spectrum Quotient (AQ) and the media: a few thoughts 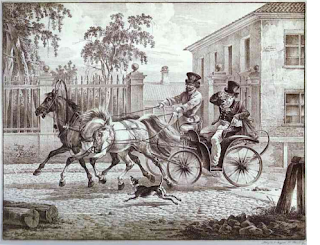 "Are you on the autistic spectrum? Take the test" read a recent media headline.

Commenting on the findings reported by Emily Ruzich and colleagues [1], the headline is followed by some pretty bizarre text about how the study "has confirmed that men are more likely to be autistic than women."

I have to take some exception to this sentence, as I quote from the Ruzich findings: "In a sample of nearly half a million individuals, we found a moderate effect of sex on AQ [Autism-Spectrum Quotient], with males scoring higher than females by an average of 2.5 points." As per other discussions about the Ruzich research (see here) scores on the AQ reflect the presentation of autistic traits not the likelihood of 'being diagnosed autistic'. That and the fact that their findings were geared towards the idea that sex/gender and occupational path might be correlated with AQ scores and I'm not entirely sure that accuracy is at the forefront of that particular headline and media article.

Stepping back a little, some people might know that the AQ represents something of a potential 'screening' instrument when it comes to autism and Asperger syndrome (AS) [2]. I have emphasised the word 'screening' because screening is something quite independent from 'assessment' when it comes to autism and the often detailed investigation(s) needed to arrive at an accurate diagnosis of something like autism or an autism spectrum disorder (ASD). If you want a little more information about how assessment for autism might run here in the UK, take a look at the NICE guidance on the topic specifically with adults in mind (see here), paying particular attention to the sentence: "Comprehensive (diagnostic, needs and risks) assessment of suspected autism."

I've been interested in the AQ for a while on this blog and the large, and growing, peer-reviewed evidence base that has utilised the instrument (see here). Appreciating the strengths of the AQ, I am still a little wary about what is being measured by the AQ especially when one considers research such as that from Lugnegård and colleagues [3] (discussed in this post) and the idea that: "significant overlap of AQ scores... reduces the discriminating power of the AQ in the separation of schizophrenia from AS." In other words, with the requirement for further study, does a high score on the AQ denote something like Asperger syndrome or could it be also picking up people who might be more readily considered to be on the schizophrenia spectrum (to coin a phrase) bearing in mind how said spectrums might be colliding?

Hopefully without coming across as having a 'bee in my bonnet' I was similarly taken to comment on the findings reported by Heather Westwood and colleagues [4] (open-access) and their systematic review and meta-analysis of the available peer-reviewed literature when it came to AQ in cases of the eating disorder, anorexia nervosa (AN). As per previous research (see here), there is something of a growing recognition that some of the signs and symptoms of autism might also cross over into AN following a trend in looking at autistic traits crossing diagnostic labels (see here and see here). Westwood et al surveyed the literature and reported that those with AN may indeed present with: "significant difficulties with social skills, communication and flexibility that present in a manner characteristic of autistic traits." Importantly, and bearing in mind their acknowledgement of the Lugnegård findings, they conclude however that: "the results do not allow for conclusions to be drawn regarding whether a proportion of those with AN also have an underlying ASD [autism spectrum disorder]" as a function of the sole reliance on the AQ among other factors.

I appreciate that in these days of pop psychology and the increased use of 'Dr Google' people want to find out as much as they can about themselves and their behaviour and/or health. I'm no exception to that trend in some of my googling habits either. Media headlines however about how simple screening instruments can 'tell' if someone is on the autism spectrum can seriously undervalue what it means to be on the autism spectrum and to have a clinical label of autism, with all the strengths and struggles that includes. Of course there is cross-over when it comes to the presentation of autistic traits in the general population and the blurred boundaries that distinguish between clinically relevant (as in clinically affecting a person's life) and something a little less life-changing. I do think however that we all need to be a little more cautious using the term autism or autistic spectrum, save any charges of diluting its impact...

Music: Muppets and giant crumpets? "Mad for it!"