Sex, STEM careers and the 'big data' of the Autism-Spectrum Quotient (AQ) 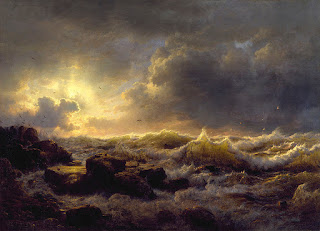 I'm a fan of 'big data' on this blog (see here) and the particular idea that large participant numbers can offer up some really important results or patterns of results relevant to our knowledge of labels like autism.  I do also believe there is a balance to be struck between big data and somewhat smaller data - specifically the value of the N=1 when it comes to a heterogeneous condition like autism - but big data is a nice way of introducing or confirming more general trends and/or correlations.

When I therefore came across the paper by Emily Ruzich and colleagues [1] (open-access available here) talking about "Autism-Spectrum Quotient (AQ) scores in a 'big data' sample" it was music to my ears. Describing how researchers tapped into data connected to a medical TV show - "Embarrassing Bodies: Live from the Clinic" - specifically AQ scores and other data for over 450,000 people living in the UK, results are presented on the value of the AQ with autistic traits in mind and the idea that sex and occupation type might influence such self-reported characteristics.

I've been particularly interested in the AQ on this blog and its various research uses down the years. Ranging from autistic traits in those adults diagnosed with epilepsy (see here) through to autistic traits in older adults diagnosed with depressive disorders (see here), this simple to use self-report instrument is proving to be a research choice for many. I still have some reservations about the instrument; specifically, it's discriminating power when it comes to autism and schizophrenia (see here) for example, but as a rough-and-ready 'screening' instrument we have little else currently on offer and importantly, the instrument is open-access to all.

Ruzich et al reported results examining "correlations between the AQ and age, sex, occupation, and UK geographic region" as a function of the airing of a particular episode of the Embarrassing Bodies program "that included a brief TV segment following an individual with Asperger Syndrome." I hasten to add that the program title in no way describes Asperger syndrome or any other part of the autism spectrum as being 'embarrassing', merely reflecting the program content that at other times can be rather 'personal' in nature. Researchers reported that whilst age and geographic area of AQ completers did not seem to correlate with total AQ scores, there was something statistically to see when it came to scores across the sexes/genders and when taking into account the career option selected by participants. So: "[A] Career in a STEM [science, technology, engineering, and mathematics] area of work is associated in an increase in AQ scores in both genders" and "on average, males (m = 21.55, SD = 8.82) scored higher than females (m = 18.95; SD = 8.52)."

The authors interpret this data as further evidence "that traits commonly associated with autism are strongly linked to traits associated with being male and with STEM occupations, regardless of other factors." Those with some appreciation of the research literature in this area might know about the discussions on how parental career choice might tie into offspring outcomes specifically with autism in mind [2]. Indeed, how concepts such as 'hyper-systemising' [3] have been suggested to represent a core cognitive style in relation to autism.

These are interesting data allowing for the fact that various caveats are included in the Ruzich paper when it comes to the data collected and the participant group included. Investigations remain about how such results might generalise to the autism spectrum in terms of career paths (see here) and performance data (see here) and indeed, whether one might consider the wider schizophrenia spectrum as potentially being relevant also to the current results (see here) as part of any comorbidity.

I do think we also need to exercise a little caution in how the results are presented; the generalised idea for example, that 'extreme maleness' might be somehow connected to a career in STEM and what that might mean for the issue of women in science and specifically recruiting more women into such career paths needs to be handled with due care and respect. I'd also suggest that media headlines like: 'Are you on the autistic spectrum? Take the test' related to the Ruzich results need to be taken with a pinch of salt in light of the difference between a self-report screening instrument and a detailed assessment for autism (I'll be posting about this soon enough...)