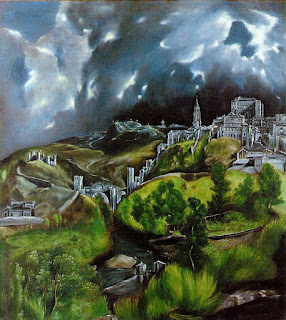 So said the findings reported by Fatih Kardas and colleagues [1] looking at whether there may be more to see when it comes to phthalate metabolism and autism among other things. For those who might be rolling their eyes at this point, I'll draw your attention to other occasions when similar results have been reported (see here and see here) and the place that the Kardas results seem to share.

This time around nearly 50 children diagnosed with an autism spectrum disorder (ASD) and some 40 asymptomatic controls provided serum samples that were screened for MEHP, DEHP, and BPA. The analytical weapon of choice was high-performance liquid chromatography (HPLC), I assume coupled to something like UV and/or fluorescence detection. The results by group suggested that "endocrine disruptors may have a role in the pathogenesis of autism spectrum disorders" according to the authors. I might add that we have had previous clues that this research was coming to publication [2].

These are interesting results. Whilst the use of HPLC (as a separative method) is not necessarily on its own the most accurate method of assaying for such compounds (that would be coupled to something like mass spectrometry) there are some potentially important things to learn from such findings. Although it would be easy to correlate such results with something like a higher exposure to such compounds in cases of autism, I'm not ready to accept that as an explanation given the frequency with which we all come into contact with them. I'd perhaps favour a hypothesis whereby the ability to metabolise such xenobiotics is differentially affected in at least some cases of autism as per the discussions by Stein and colleagues [3]. Such a metabolic difference could be a genetic issue tied into something like all that chatter about sulphation and glucuronidation and autism down the years (see here). It could also be something a little more functional in terms of how those trillions of wee beasties that call us home (the gut microbiome) might also affect such processes [4] too given the growing interest in the microbiome in relation to autism (see here). At this point I'll also draw your attention to some similarly interesting work on how functional bowel habits and gut microbiota might be linked with some autism in mind [5].

Acknowledging that autism research is still fumbling around a bit when it comes to the precise hows and whys of how environment (non-genetic factors) might fit into autism (see here) and it's relative contribution, I'm a great believer in how the technology we have at our disposal can help. The rise and rise of the various -omics and the concept of a systems biology approach with an autism slant (see here) means that we are getting better at not only analysing genetic and biological parameters but also in putting any potential connections together. Acknowledging that there may be many different types of autism (the autisms) with various different comorbidity patterns accompanying (see here), it is only a matter of time before patterns start to emerge and discussions can move on from simply genetics vs. environment.

Music: The Score - Oh My Love.