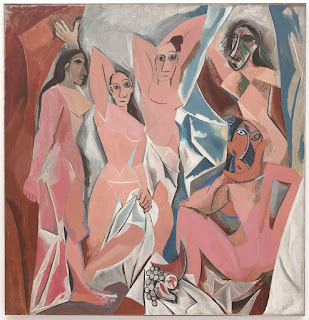 "Single element analysis indicated that the concentrations of cesium, zinc, and selenium were significantly reduced in patients with schizophrenia in both the training and test groups."

Those were some of the findings reported by Lei Cai and colleagues [1] (open-access available here) as part of their study "to quantify the levels of 35 elements in the sera of 111 Schizophrenia patients and 110 healthy participants, which consisted of a training (61/61 for cases/controls included) and a test group including remaining participants."

Following some increasing interest in the field of metallomics (see here) focused on "the detection, mapping, and quantification of essential trace elements in body fluids, tissues, and organs", Cai et al employed the powerful analytical tool of inductively coupled plasma-mass spectrometry (ICP-MS) to such metals analysis with schizophrenia in mind.

"Serum samples were collected from the patients at baseline before initiation of anti-psychotic treatment" we are told. Alongside the analysis of samples from asymptomatic controls, authors reported that zinc in particular, might be something to watch for in schizophrenia given that: "Zn [zinc] tended to affect Schizophrenia in an individual way, Se [selenium] in combination with other elements, and Cs [caesium] in both an independent- and network-based manners."

Not content with just doing their own science, Cai and colleagues also decided to conduct a meta-analysis on some of the previous research that has been done on metals and schizophrenia with a specific focus on "Zn or Zinc or Se or Selenium or Cs or Cesium or Phosphorus or P or Lead or Pb or Ytterbium or Yb and Schizophrenia." They reported that the previous research looking at zinc levels in schizophrenia were a little mixed depending on where geographically the study was based but: "The meta-analysis including 522 cases and 360 controls supported that Zinc was significantly associated with Schizophrenia." This 'my study + meta-analyse your studies' model has been discussed before on this blog, and with schizophrenia similarly in mind (see here).

"It is worth noting that the current study did not address the causes of the trace element deficiencies and was not designed to establish a cause and effect relationship with Schizophrenia. Although nutritional deficiencies of Zn, Cs, and Se may increase the risk for Schizophrenia, it is equally plausible that Schizophrenia may lead to altered metabolism." This is an important point to the Cai study insofar as the questions that remain about 'cause-and-effect' in relation to something like zinc and schizophrenia. The fact that zinc levels, like other nutrients, seem to be related to quite an array of conditions (autism, attention-deficit hyperactivity disorder (ADHD), depression) likewise means that one has to be cautious about putting forward any exclusive relationship between zinc and schizophrenia. That is unless one accepts that all these conditions might have some commonalities? I might also put the study by Liu and colleagues [2] to you at this stage, and their findings suggesting that there wasn't too much to see when it came to zinc and schizophrenia in their cohort as a balance.

With no clinical advice given or intended, I suppose the next stage of this work is the question of whether supplementing with something like zinc [3] might do anything further than correct a nutritional deficiency?

Music: 'Alive' by Sia and some impressive renditions of the Empi kata and Kanku Dai kata among others (although one of my brood says the young karateka in the video needs to work more on her kicks).