Immunosuppression as a therapeutic pathway of clozapine? 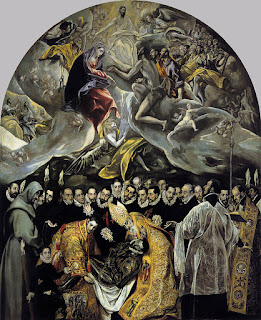 "Our data suggest that the superior therapeutic effect of clozapine may be a result of its presently shown immunosuppressive action."

So said the findings reported by Markus Larsson and colleagues [1] (open-access available here) who set about investigating "the effects of chronic treatment with antipsychotic drugs on brain levels of cytokines and KYNA [kynurenic acid]" in a rat model. The rationale for the study came in part from the idea that schizophrenia (or least some schizophrenia) may show more than a passing connection to a state of inflammation (see here) as well as a link to the kynurenine pathway (see here). Whether or not antipsychotic medication might show some 'effect' on these processes is still a little up in the air.

Then: "Rats were treated daily by intraperitoneally administered haloperidol (1.5 mg/kg, n = 6), olanzapine (2 mg/kg, n = 6), and clozapine (20 mg/kg, n = 6) or saline (n = 6) for 30 days." Kynurenic acid (KYNA) in brain tissue and levels of various cytokines (chemical messengers of the immune system) in cerebrospinal fluid (CSF) were assayed for among the various groups in comparison to a control group of animals receiving saline.

"Clozapine, but not haloperidol or olanzapine-treated rats displayed significantly lower cerebrospinal fluid (CSF) levels of interleukin-8 compared to controls." This is an interesting finding that needs to be treated with some caution given that aside from IL-8 all other cytokines were reported as being below the limits of detection of the analytical methods employed. Interleukin-8 (IL-8) is normally considered to be a pro-inflammatory cytokine specifically associated with acute inflammation [2]. With schizophrenia in mind, IL-8 has been tied into the whole maternal immune activation (MIA) theory of schizophrenia as per data such as those reported by Alan Brown and colleagues [3]. Brown et al reported on: "a significant association between maternal IL-8 level during the second trimester and risk of schizophrenia spectrum disorders in the offspring." More directly, IL-8 levels in relation to 'some' schizophrenia [4] have been reported in the research literature.

That rats treated with clozapine showed a lower level of IL-8 than following use of the other antipsychotics has been translated by the authors as possible evidence that clozapine may have an immunosuppressive action. Granted we don't have 'before and after' data in the Larsson study so we have to be a little careful about generalisation but I do find this to be a tantalising prospect. Whilst it might not be new news to some readers that clozapine might be doing quite a bit more than we expected when it comes to its use in a condition like schizophrenia, the idea that immune function might be 'affected' by administration [5] is a new one for me. A quick survey of some of the other literature on the immuno-modulatory aspects to clozapine indeed reveals that there is something to see here. Chen and colleagues [6] for example, talked about the anti-inflammatory possibilities attached to something like clozapine.

Within the various discussions about how several psychiatric labels might have an important 'inflammatory' component behind them (see here) it's not outside of the realms of possibility that the other pharmacological actions of the drug might also be complemented by such immunological alterations too. This might be a bit of a double-edged sword insofar as working out a more targeted 'use' for the drug whilst at the same time realising how complex the immune system truly is and why we should be cautious about tinkering too much with it.

Music: Passenger - I'll Be Your Man.