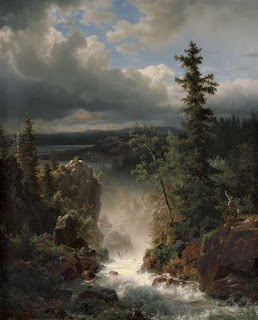 To quote from the paper by Maria Zdunek and colleagues [1] (open-access available here): "These findings suggest that there may be important differences in illness characteristics across individuals with CFS [chronic fatigue syndrome] in the US [United States] and the UK [United Kingdom], and this has implications for the comparability of research findings across these two countries."

Looking at how symptom profiles and the "functional differences experienced by patients with chronic fatigue syndrome (CFS) across cultures" might differ, researchers set about analysing data from two cohorts of participants meeting criteria for CFS as described by the 1994 case definition (see here).

Two cohorts, based in the US (n=154) (termed the DePaul sample as a function of their previous participation in studies at DePaul University) and in the UK (n=73) (clinically referred to the RVI in Newcastle-Upon-Tyne), completed various measures of functioning related specifically to fatigue symptoms and also more general health. Results were then compared across the groups.

Quite a few group differences were noted across the study instruments used. So: "The UK sample was significantly more impaired with regard to role emotional and mental health functioning, multiple symptoms, experienced a more gradual onset of illness, and believed the cause of the illness to be both physical and psychological." In contrast: "The US sample experienced more sudden onset of illness, more frequently believed their illness to be physical, and more often were on disability."

Digging into the data with a little more detail, authors reported that quite a few more people in the DePaul sample were likely to look to the cause of their symptoms as being 'definitely physical' over the UK sample results (78% vs. 57%). Quite a few more participants in the US sample were also more likely to have been diagnosed and/or treated for conditions like fibromyalgia compared to the UK sample. What this could imply outside of more physical factors indeed being linked to symptom onset in the US sample, is something of a greater tendency to medicalise CFS in this group rather than explain it in terms of psychological and physical factors mixed together. I wonder if this might hark back to the unfortunate 'tradition' here in Blighty (UK) of viewing CFS/ME as more of a psychological issue than a physical condition and the various controversy that has surrounded this view in recent times (see here). The authors likewise suggest that: "those who believe their illness is partly psychological may have had previous experience with a psychological illness such as depression, which may influence their perception of the illness." Indeed.

Following on: "These results suggest there may be differences between the UK and US in relation to impairment in functioning, where the UK is more impaired in terms of mental health." The idea that within the constellation of symptoms that surround ME/CFS there may be a mix of physical and psychological aspects is not a new one. As per the previous paragraph, the perception of medical illness may indeed play a role in how one might define the illness. That being said, I'm generally favouring a model whereby the psychological effects noted in CFS are indeed 'effects' that stem from the initial physical/somatic nature of the condition as per other ramblings on this topic (see here). That for example, health-related quality of life is pretty much at the bottom of rankings compared with other conditions (see here) and combined with the impact of various physical ailments not normally noted in the diagnostic criteria as they stand for CFS (see here) and it's little wonder that emotional and mental health also suffer as per other research on psychiatric comorbidity accompanying such somatic complaints (see here). I don't say this to belittle the mental health aspect to CFS but rather to emphasise the continued growth of the view that CFS/ME represent a very real 'medical' condition(s) requiring 'medical' treatment/intervention (see here). Psychological intervention has some way to go in this area [2] despite other results [3] (and their criticism).

The Zdunek study is by no means perfect in terms of applicability to all ME/CFS in either the US or UK so one has to be a little cautious about extrapolating results. That the label itself is undergoing a bit of an overhaul in recent times (see here) is perhaps moving the description of the condition (at least in the US) into a more medical domain matched by the considerable efforts being put into treating it as a physical condition (see here for example). What the Zdunek study does imply, is that alongside such medical research, quite a bit more might need to be done to focus views and opinions on CFS according to geography as a physical condition in both patient and professional circles.

Debates continue in CFS/ME realms and indeed, one of the co-authors on the Zdunek paper is very much part of that debate...

To close, a Dalek relaxation tape anyone?