Acetylcysteine and autism: another case report 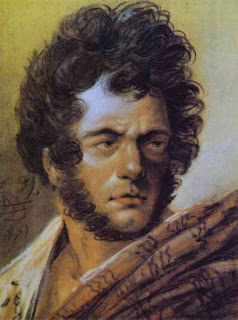 I don't want to spend too long on the findings reported by Danielle Stutzman & Julie Dopheide [1] talking about how: "Treatment with acetylcysteine improved ASD [autism spectrum disorder] symptoms, including irritability and aggression, in a teenage patient" but it is a blog-worthy paper.

Describing the experiences of a "7-year-old Hispanic male with ASD and intellectual disability" who was hospitalised due to some rather 'challenging behaviours', the authors noted how the addition of acetylcysteine (often called N-acetlycysteine or NAC for short) seemed to have some pretty interesting positive effects on this young boy's behaviour. Not least also that the use of NAC "was well tolerated, with no observed or reported adverse effects." The authors go on to speculate that within the context of other reports on the use of NAC either alone or as an adjunct medicine, there may be quite a bit more to see with autism in mind, as well as providing some important information about relevant biological pathways in relation to specific 'types' of autism.

I've talked about NAC and autism before on this blog, both within the context of group studies (see here) and under more individual 'N=1' conditions (see here) including with the word 'adjunct' in mind (see here). Within the context of issues that seem to come under the heading of 'challenging behaviours' (bearing in mind the variety of factors that such a description covers) there does appear to be some promising stories coming out of the use of NAC which might have all the be more importance given the lack of good therapeutic interventions for such behaviours.

I'm not at this point going to speculate too much about exactly how and why NAC seems to 'help' when it comes to some challenging behaviours for some people on the autism spectrum. I will suggest that set within the context of studies on glutathione and some autism (see here) there may be some further research to do. That, and not being afraid to look at NAC in relation to something like schizophrenia (see here), and I dare say that there could be surprises for NAC in relation to some autism in future times...

Music to close, and in amongst some recent discussions about 'Where are all the climate change songs?' a gem from The Pixies about a monkey...