Schizophrenia and the constant (immune) gardeners 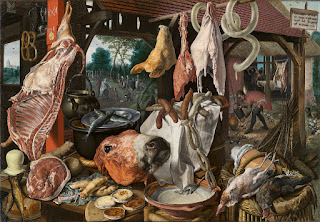 "Immune clue to preventing schizophrenia" went the BBC headline, as the paper by Peter Bloomfield and colleagues [1] garnered some significant media interest recently specifically tied into their findings suggesting that: "neuroinflammation is linked to the risk of psychosis and related disorders, as well as the expression of subclinical symptoms."

Based on the use of "second-generation radioligand [11C]PBR28 and PET to image microglial activity in the brains of participants at ultra high risk for psychosis", researchers reported on 56 participants looking to record their microglial activity. Microglia, as I've talked about before, are something like the constant gardeners of our immune defences in their role as macrophages (big eaters of the immune system) of the brain and spinal cord. Bloomfield et al reported that some of the highest levels of microglia activity were seen in those participants diagnosed with schizophrenia. There also appeared to be something of a potentially important dose related relationship between microglial activity and those at ultra-high risk of psychosis too. Ergo: "Microglial activity is elevated in patients with schizophrenia and in persons with subclinical symptoms who are at ultra high risk of psychosis and is related to at-risk symptom severity." Quite a nice write-up of the study can be read here.

It's not necessarily new news that immune activation and inflammatory processes may be part and parcel of at least some schizophrenia. I've covered the topic quite a few times on this blog (see here and see here for example). The novelty in the Bloomfield results is that researchers actually looked at neuroinflammation as being part of the process linked to excess immune activation in their cohort including people on the schizophrenia-psychosis spectrum.

Where next with this work? Well, replication - independent replication - is a must-have for this area and might also include some analysis of other more general circulating markers of inflammation such as C-reactive protein (CRP) and other pentraxins for example. That also the orchestra of immune-related chemicals that fall under the banner of cytokines (see here) might also be included in further work would also be a valuable scientific addition bearing in mind that not all schizophrenia/psychosis might be immune related: remember the schizophrenias (plural). I might also forward the idea that we might already have some clues as to the possible agents involved in such immune stimulation as per the interesting work looking at Toxoplasma gondii and some schizophrenia (see here).

With regards to the BBC and other media talking about possible treatments focused on some 'anti-inflammatory' action, this again is not new news as per reports such as the one by Friedrich [2]. With other psychiatric labels in mind also talking about inflammation as being part and parcel of pathology (see here) there may be a variety of anti-inflammatory strategies requiring scientific analysis within the context of schizophrenia and/or psychosis. Indeed, such work might overlap across various different labels (see here) and even point to some rather unorthodox intervention ideas (see here and see here).

The times are a changin' for psychiatry methinks.

Music: All I Wanna Do Is Have Some Fun...